More blows to the fizzy, sugary drink industry with research suggesting that teens who drink a can a day of soft drink or around five cans per week are more likely to become aggressive, even carrying weapons and being physically violent with friends, fellow students and family members.

The research published in Injury Prevention would make some criminal defense lawyers happy. The famous “Twinkie Defense” harks back to the assasination of San Francisco Mayor George Moscone and city supervisor Harvey Milk, popularized in the movie “Milk” with Sean Penn, where Dan White claimed diminished capacity as a result of junk food. A Twinkie is a prepackaged cake with creamy filling.

1878 teens from 22 public schools in Boston, Massachusetts were studied as part of Boston Youth Survey, a biennial survey of 9th to 12th graders (14 to 18 year olds).

The survey included questions such as how many non-diet soft drinks they consumed in the past week, measuring consumption in 355ml / 12oz cans. Responses were categorized according to quantity and then divided into two groups :

The researchers then looked at potential links to violent behaviour in this group, by asking if they had been violent towards their peers, a sibling, or a partner, and if they had carried a gun or knife over the past year.

Responses were assessed according to factors that might have influenced results,

Those who drank more than 5 cans per week showed some alarming trends and were significantly more likely to use :

Dividing the findings into four categories of consumption, showed a clear “dose-response relationship” across all four measures : 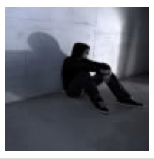 In conclusion teens who were heavy consumers of non-diet carbonated soft drinks, the probability of aggressive behavior was 9 to 15 percent higher. This is the same magnitude as the impact of alcohol or tobacco – the findings showed.

“There may be a direct cause-and-effect-relationship, perhaps due to the sugar or caffeine content of soft drinks, or there may be other factors, unaccounted for in our analyses, that cause both high soft drink consumption and aggression.”