(Reuters) – People who are lonely may be more likely to have sleepless nights, researchers said Tuesday in a study that suggests loneliness may not only cause unhappiness, it may be bad for your health.

Reporting in the journal Sleep, Lianne Kurina of the University of Chicago and colleagues studied loneliness and sleep patterns among a group of older residents living in two colonies of Hutterites in South Dakota. 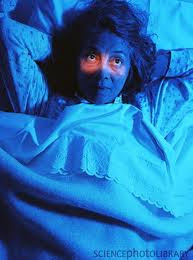 People in this religious sect live communally, sharing possessions and meals. They are rarely socially isolated.

She said the findings were similar to those from a 2002 study of college students that compared feelings of loneliness to sleep quality. It found that the lonelier the students felt, the more fitfully they slept.

The researchers collected information on feelings of loneliness, blood pressure and sleep from 95 residents of the Hutterite communities.

To measure sleep, study volunteers wore wrist bands that measured their activity and level of restlessness during sleep.

Among the residents, roughly half said they were not lonely. But among the remaining half, the researchers noted a trend between increasing feelings of loneliness and social isolation and more fitful sleep.

“Basically, the lonelier individuals had sleep that was more broken up. There was more movement during the night, more periods of short sleep duration, more tossing and turning,” Kurina said by phone.

Kurina said her study does not prove that loneliness causes sleepless nights. Instead, it may help to explain why loneliness has been associated with poor health.

“It’s evidence of one way in which feelings of loneliness might get into the body” and affect health, she said.

(Reporting by Julie Steenhuysen in Chicago; Editing by Jackie Frank)