MONDAY, October 31, 2011 (Health.com) — Being happy doesn’t just improve the quality of your life. According to a new study, it may increase the quantity of your life as well. 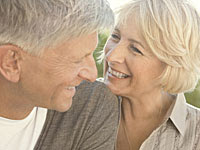 Older people were up to 35% less likely to die during the five-year study if they reported feeling happy, excited, and content on a typical day. And this was true even though the researchers took factors such as chronic health problems, depression, and financial security out of the equation.

“We had expected that we might see a link between how happy people felt over the day and their future mortality, but we were struck by how strong the effect was,” says Andrew Steptoe, PhD, the lead author of the study and a professor of psychology at University College London, in the UK.

Previous studies on happiness and longevity have largely relied on the participants’ ability to recall how they felt during a certain period of time in the past. These recollections aren’t always accurate, though, and to get around this problem Steptoe and his colleagues asked more than 3,800 people to record their levels of happiness, anxiety, and other emotions at four specific times over the course of a single day.

The participants, who were between the ages of 52 and 79 when the study began, were divided into three groups according to how happy and positive they felt. Although the groups differed slightly on some measures (such as age, wealth, and smoking), they were comparable in terms of ethnic makeup, education, employment status, and overall health.

Five years later, 7% of people in the least happy group had died, compared to just 4% in the happiest group and 5% in the middle group. When the researchers controlled for age, depression, chronic diseases, health behaviors (such as exercise and alcohol consumption), and socioeconomic factors, they found that the happiest and medium-happy people were 35% and 20% less likely to have died, respectively, than their gloomier counterparts.

It may seem far-fetched that a person’s feelings on one particular day would be able to predict their likelihood of dying in the near future, but these emotional snapshots have proven to be a good indication of overall temperament in previous studies, says Sarah Pressman, PhD, a professor of psychology at the University of Kansas, in Lawrence.

“There is always room for error, of course; if I get a parking ticket or stub my toe on the way to the study, I’m not going to be particularly happy,” says Pressman, who was not involved in the study but researches the impact of happiness on health. “But given that the study worked, it suggests that, on average, this day was fairly typical for the participants.”

Unlike the happiness measures, depression symptoms were not associated with mortality rates once the researchers adjusted for overall health. According to the study, this finding suggests that the absence of happiness may be a more important measure of health in older people than the presence of negative emotions.

Positive emotions could contribute to better physical health in a number of ways. Regions of the brain involved in happiness are also involved in blood-vessel function and inflammation, for instance, and studies have shown that levels of the stress hormone cortisol tend to rise and fall with emotion.

The study doesn’t prove that happiness (or unhappiness) directly affects lifespan, but the findings do imply that doctors and caregivers should pay close attention to the emotional wellbeing of older patients, the researchers say. “We would not advocate from this study that trying to be happier would have direct health benefits,” Steptoe says.

However, this study and others like it should help establish happiness as a legitimate area of concern for health professionals, Pressman says. “There are still some people who see happiness as something fluffy and less scientific—not something they should be worried about like, say, stress or depression,” she says.

Happiness, she adds, “may be something for doctors to ask their patients about.”

The study, which was published today in the Proceedings of the Academy of National Sciences, included participants from a larger, long-running British study on aging. The authors received funding from the British Heart Foundation, Cancer Research UK, and the (U.S.) National Institute on Aging.