(Reuters Health) – Women who exercised frequently and didn’t watch much TV were least likely be diagnosed with depression in a new study of middle-aged North Americans. 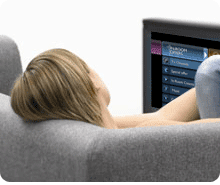 Researchers found that women who reported exercising the most in recent years were about 20 percent less likely to get depression than those who rarely got their blood moving. On the other hand, the more hours they spent watching TV each week, the more their risk of depression crept up — but the effect was smaller than it was for physical activity.

The finding “adds to the growing body of evidence that physical activity is important to maintain brain health,” Dr. Gillian Mead, who studies geriatric medicine at Edinburgh’s Royal Infirmary but wasn’t involved in the new research, told Reuters Health in an email.

The study can’t prove that watching too much TV and avoiding exercise causes depression. But more time spent off the couch and being active could boost self-esteem and women’s sense of control, as well as endorphins in their blood, researchers wrote in the American Journal of Epidemiology.

The report included close to 50,000 women who filled out surveys every couple of years as part of the U.S. Nurses’ Health Study. Participants recorded the amount of time they spent watching TV each week in 1992, and also answered questions about how often they walked, biked, ran and swam between 1992 and 2000.

On the same questionnaires, women reported any new diagnosis of clinical depression or medication they were taking to treat depression.

The analysis only included women who didn’t have depression in 1996, when they were an average of 63 to 64 years old.

Over the next decade, there were 6,500 new cases of depression.

After the researchers accounted for aspects of health and lifestyle linked to depression, including weight, smoking and a range of diseases, exercising the most – 90 minutes or more each day – meant women were 20 percent less likely to be diagnosed with depression than those who exercised 10 minutes or less daily.

And the intensity of that physical activity was important as well. Walking was the most common type of exercise reported, but only women who said they walked at a brisk or very brisk pace had lower depression rates than couch potatoes.

“If you walk at an easy pace and slow pace, probably you will not get the benefits people have when they walk at a brisk or very brisk pace,” study author Michel Lucas, from the Harvard School of Public Health in Boston, told Reuters Health.

Women who watched three hours of TV per day or more were 13 percent more likely to be diagnosed with depression than those who hardly ever tuned in – but the researchers couldn’t be sure that finding wasn’t due to chance.

Lucas said that at least part of the link between TV and depression – but not all of it – is probably because some women replace time they could be exercising with TV-watching.

The report is not the first to link exercise to a mental health boost.

“Previous studies have suggested that physical activity is associated with a lower risk of depressive symptoms,” Mead said, but this study adds to that research by looking for full-fledged depression diagnoses. Still, “it cannot prove a causal relationship between low physical activity and depression,” she added.

One alternative explanation the researchers brought up is that women might have been experiencing some symptoms of depression before they were diagnosed, leading them to exercise less and watch more TV. Then, a formal diagnosis could have come later.

Still, the message should be that replacing some couch time with exercise time could lower your chances of getting depression, Lucas said.