BPA, the plastic component bisphenol A has been a growing health concern. It is considered a synthetic estrogen and it has made its way into our bodies by leaching from plastic bottles with the number 7, canned foods and beverages and thermal cash register receipts. These are products we handle daily or eat our food from.

Most of us living in industrialized nations are exposed to BPA, which has been linked to cardiovascular disease and diabetes. In 2009, it was shown that drinking from polycarbonate bottles increased the level of urinary BPA. 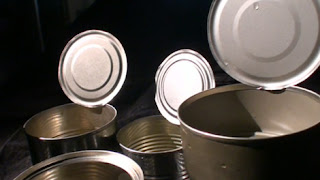 A study published today in Pediatrics looked at gestational exposure to BPA — in other words exposure to the fetus in utero.

The researchers followed 244 mothers during pregnancy measuring urinary BPA while pregnant and then at birth. The children were then tested every year from ages 1 to 3. The mothers completed surveys on their children’s behaviour.

The researchers found that increasing gestational BPA concentrations in the mother’s were associated with more hyperactive, aggressive, anxious and depressed behaviour as well as poorer emotional control in the girl children but not the boys. It showed that exposures to BPA in the uterus are more important than exposures in childhood. Girls were more sensitive than boys.

In correspondence with the lead author, Joseph Braun, he pointed out that the sex difference seen may be due to the role of sex steroids in brain development and BPA’s impact on endocrinological or hormone activity.

Pregnant women can avoid BPA by reducing their exposure to canned and packaged foods, but should still maintain a balanced and nutritious diet to ensure adequate fetal nutrition. They can also reduce their handling of receipts, like the ones they get from the bank or grocery store. Some receipts have BPA in them.

Finally (and this is something they should do already), women can avoid tobacco smoke and quit smoking if they are a smoker. The authors have previously published data suggesting that cigarettes may be a source of BPA exposure since it is used to manufacture the filters.