The problem of obesity is spreading around the world and poses serious health threats. The finding is part of a new special report on obesity, and how to combat it in the medical journal the Lancet. The editor, Dr. Richard Horton, calls obesity a pandemic, and said it is one of the “huge threats facing governments which are likely to derail all their best attempts to improve the health of their nations while at the same time controlling costs.” 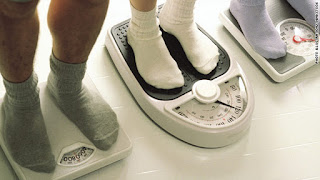 Obesity Around the World
The first study says nearly 1.5 billion adults in the world are overweight, and half a billion more are obese. Obesity is defined as having a body mass index (BMI) more than 30. That’s equivalent to an adult who’s 5 feet 6 inches weighing more than 185 pounds, according to the U.S. Centers for Disease Control’s BMI calculator.
“It is occurring in just about all countries, apart from the lowest income countries,” says Professor Boyd Swinburn, with the World Health Organizations Collaborating Centre for Obesity Prevention in Melbourne, Australia. “There is quite a lot of evidence now coming out that this is being driven by changes in the food system,” he says. “The food supply: increasingly processed, available, affordable and highly promoted tasty food.”
The Lancet report says that the obesity rates for different countries vary dramatically due to environmental factors in those countries. For example, they found “traditionally high levels of active transport,” specifically bicycling, in the Netherlands contributed to a lower rate. Only 1 in 10 women there were categorized as obese, while high levels of car use in the U.S. contributed to obesity. In the United States one in three women are rated as obese.
The authors believe that the most effective way to stop obesity is governmental policies, including things like banning unhealthy food for children, shifting agricultural policies to promote health.
The report also said trade “liberalization” is contributing to “global overconsumption.” The authors say that these kinds of governmental changes can be easier to sustain and more effective than other options to reduce obesity, though, as Swindon says, “There seems much more a willingness to spend money in drugs and surgery and health promotion programs, which work much more downstream, than there is to deal with the underlying cause right upstream.”
The Future of Obesity
Obesity is on the increase, and nations who fail to stop it could face consequences, according to the second study included in the Lancet’s series.
The report says that following current trends, there could be 65 million more obese adults in the U.S. and 11 million more obese adults in the United Kingdom by 2030. Obesity can cause diseases including diabetes, heart disease, stroke and certain forms of cancer.
“If these trends continue, by 2030 50% (of) U.S. Men and 45% to 52% (of) U.S. women will be obese,” says Dr. Y Claire Wang of the Mailman School of Public Health at Columbia University, one of the authors of this study.
The report says that as obesity goes up, so will the amount of money spent treating people who suffer from it. Wang adds, “In many cases being overweight at age 50 will not only double but actually triple or quadruple the incident rate for many diseases.” In the next 20 years, the report concludes, obesity could result in 6–8.5 million cases of diabetes, 5.6–7.3 million cases of cardiovascular diseases, and more than half a million new cancers in the U.S. and the United Kingdom.
Wang anticipates that by 2030 the cost to treat people for these diseases in the U.S. will be about $66 billion a year, and 2 billion pounds a year in the U.K.
A Better Model for Weight Loss
Another part of the Lancet’s special report looks at how people can lose weight.
Many recommendations for weight loss suggest that people will slowly and continuously lose weight if they cut 500 calories a day from their diet. Dr. Kevin Hall of the U.S. National Institutes of Health says it doesn’t really work that way. He put it bluntly: “Let me be very clear. This is wrong. This does not happen.” Hall says it would be true if your metabolism didn’t change, but we know it does.
In his report, the team created a computer program that could eventually be used by clinicians to model weight loss. Team members say their program is a more accurate model and accounts for initial body composition and changes in metabolism as you diet. The computer’s predicted weight loss is significantly less than other formulas suggested, but the authors believe it’s much more realistic.
Governmental Action
The final report in the series says governments must take the initiative in battling obesity.
“Governments certainly need to lead obesity prevention,” says author Steven Gortmaker of the Harvard School of Public Health, “but… so far few have shown any leadership whatsoever. We’ve let the market do its work and it’s worked well to produce obesity.”
The report includes suggestions for ways governments can implement policies that it says will reduce obesity and save money. Proposals include a tax on unhealthy foods and beverages, school programs to promote good nutrition and physical activity, and cutting junk food advertising. Gortmaker compares these proposals to measures against smoking, saying,“Tobacco taxes were really fundamentally important in altering intake of tobacco and now we see them everywhere.”
Next month a meeting at the United Nations will address noncommunicable diseases, including obesity. The authors of these studies called for the world to take action.
Post by: Aaron Cooper – CNN Media Producer August 25th, 2011
source: CNN Health