The runny nose, hacking cough, sore throat, headache—it’s no wonder people resort to all sorts of absurd remedies to cure the all-too-common cold. We talked to experts to get a better idea of the tried-and-true things that actually work, and got a stuffy-nose full of commonly held myths that you should avoid. 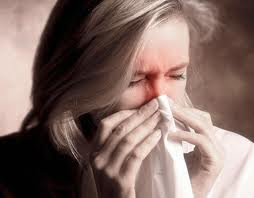 Yes, you could keep buying into those sketchy cold remedies at the drugstore this cold season, but rather than throwing money away on unproven snake oil, stick with the health measures that doctors agree will decrease your cold potential. We spoke with infectious disease physician Dr. Amesh Adalka, ER doctor John Shufeldt, and nutritionists Joshua Duavuchelle and Trudy Scott to uncover the proven ways to fend off a cold.

What Works: The Indisputable Basics

Who better to ask for cold prevention advice than a doctor? Besides specializing in healthcare, these are the people at the frontline of germ attacks. So how do they manage being exposed to all of us sick people day after day without taking hundreds of sick days every year? It’s pretty simple:

Little wonder lack of sleep and sickness are tied together: You haven’t had enough rest, so your mind and body are taxed and you just can’t function properly (in fact, you might as well be drunk according to one study). Poor sleep has been clearly associated with an increased susceptibility to illness: In a study published in Arch Intern Med (and cited by Eric Barker’s personal blog Barking up the wrong tree, of the 153 healthy people given a rhinovirus (the predominant cause of the common cold), those who slept fewer than 7 hours were almost three times more likely to develop a cold than those with 8 or more hours of sleep. Just one hour’s difference! Demographics, body mass, health practices, and other factors were ruled out in this study; “feeling rested” also had no association with developing a cold, so you do needactual sleep.

Dr. Amesh Adalja, a board-certified infectious diseases physician, listed sleep at the top of his three things to do to prevent a cold, saying decreased sleep efficiency or duration leads to a greater likeliness of catching a rhinovirus infection. So, seriously, make sleep a priority.

The other two basic cold prevention tactics that Dr. Adalja and other doctors said really work:

Unsurprisingly, all of our docs recommended hand washing. WebMD reports that “about 80% of infectious diseases are transmitted by touch” and notes that “Operation Stop Cough,” which had military recruits wash their hands at least five times a day, reduced cases of respiratory ailments by 45% simply through hand-washing.

Dr. John Shufeldt, an Arizona ER physician and founder of MeMD, told me that:

Most cold and flu viruses are spread by direct contact and something as simple as sneezing into your hand and then touching your phone, a doorknob or keyboard. These germs can live for hours, in some cases weeks, only to be picked up by the next person who touches the same object. Washing your hands often or at the minimum using an alcohol-based hand sanitizer will help knock out the majority of cold germs.

This might sound really obvious to you, but research shows a majority of college students and adults have poor hand-washing habits: 47-60% of the 3,000 US and Canadian adults surveyed sometimes skip soap when washing their hands, and nearly a quarter don’t wash their hands after coughing or sneezing. When we looked at how to wash your hands correctly, one doctor cited a study where 45% of college students neglected to wash their hands at all after using the bathroom. Gross. If you needed motivation to wash your hands several times a day, just think about those people.

Dr. Adalja recommended washing your hands several times a day, singing the “Happy Birthday” song twice while you’re at it, and avoid touching your face.

Yup, more reasons to ditch your favorite vices: Cigarettes and alcohol are associated with greater likeliness of catching a cold—and colds that last longer and are more severe, to boot. Dr. Schufelt notes that:

Even exposure to smoke profoundly zaps the immune system, drying out your nasal passages and paralyzing cilia (delicate hairs that line the mucous membranes in your nose and lungs whose movement sweeps cold and flu viruses out of the nasal passages). *One* cigarette can paralyze cilia for as long as 30 to 40 minutes.

Alcohol dehydrates your body, and cold germs love that dry environment. This leads us to the fourth thing that can help you avoid a cold:

The three previous techniques are without a doubt the most important to keep in mind, and according to our experts, they’re your best bets for steering clear of the common cold. If you’re looking for a few more simple and helpful options, try these next four options.

4. Get Steamed Up and Moving

A 1989 German study found that people who steamed up at a sauna or spa twice a week got 50% fewer colds than those who didn’t steam, Dr. Schufelt said. Perhaps it’s because cold and flu viruses can’t survive in air hotter than 80 degrees.

In a recent study involving 1,000 people, those who exercised for at least 20 minutes five or more times a week—with exercise intensive enough to break a sweat—nearly halved their chances of developing a cold:

People who were physically active on five or more days of the week were unwell with a cold for about five days of the three-month period, compared to nine days for those who did little or no exercise.

And even when they were ill, they suffered less with their symptoms.

The age-old chicken soup cure is one of the most popular home remedies for fighting the common cold, with ingredients possessing anti-inflammitory effects, according to University of Nebraska Medical Center research labs, but can it stop a cold from taking over your body in the first place? Yes and no, said Duavuchelle. While studies haven’t focused specifically on their preventative aspects, chicken soup has a lot going for it: hydration, heat, and, often, garlic, which has been cited in one small study as potentially boosting the body’s immune system; garlic’s active compound, allicin, may have helped reduce the incidents of colds for those of the 146 participants who took garlic daily for three months. So while there’s nothing particularly special about chicken soup in and of itself, a bowl of soup never hurts.

6. Get More Sunshine or Vitamin D

During the winter, our vitamin D levels tend to drop, thanks to our cold season cave-like habits. Trudy Scott, nutritionist and president of the National Association of Nutrition Professionals, said that getting your vitamin D levels tested and supplementing if you have a vitamin D deficiency is vital to strengthening your immune system. Because sunshine is most people’s main source of vitamin D, look to other sources like eggs, salmon, shrimp, and milk or orange juice fortified with vitamin D.

Any excuse to get a massage works for me, so here’s a new one: treating yourself to a stress-relieving massage can help prevent a cold. Dr. Adalja said that massage therapy as a stress reliever could have some benefit in enhancing the immune system, especially since psychological stress is known to increase risk of catching a cold (a study published in 1991 by Carnegie Mellon University concluded that the risk of catching a cold was related to the person’s degree of stress; in a follow-up study, people with chronic stress, in particular—stress lasting at least one month— were more likely to catch a cold than those with acute stress).

Relaxation “activates the interleukins in your immune system, leaders in the immune system response against cold and flu viruses,” Dr. Schufelt added.

At this point, chances are you’re not completely surprised by what actually helps you avoid the common cold. Basically, if it’s known to keep you healthy in general, it’ll also keep colds at bay. Getting sleep, exercising, laying off the extracurricular substances, and getting a handle on stress will go a long way toward keeping the sniffles at bay. What are we wasting our time and money on?

Basically, except for the basics above, nothing has been undisputedly proven to help reduce the risk of getting the sniffles this season, according to Dr. Adalja and the other medical experts.

As USA Today notes, this includes:

Some may swear by tactics above, and while there’s something to be said for feeling like you’re doing something to help, the results of studies for these preventive measures and remedies are at best uncertain.

So, I say to you once again: Get a decent amount of sleep, wash those hands, and relax (I’ll take massage, thanks!). Doing so will pay off in more ways than one this cold season.

Dr. Amesh A. Adalja is a board-certified infectious diseases physician and clinical assistant professor at University of Pittsburgh Medical Center.

Dr. John Shufeldt is an Arizona ER physician and founder of MeMD.

Joshua Duvauchelle is a health writer and consultant who specializes in helping clients achieve their lifestyle goals in well-being, fitness and diet. Duvauchelle holds a nutrition certificate from Cornell University.

Trudy Scott, Food Mood expert and Certified Nutritionist, is President of the National Association of Nutrition Professionals and author of The Antianxiety Food Solution.