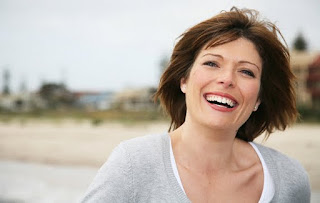 A new study showed that when people looked at photos of happy faces, they guessed the age of the person in the photo as younger than in photos of the same person with a neutral or angry expression.

Researchers say it’s the first study to show that facial expressions have a major impact on the accuracy and bias of age estimates.

The study is published in Psychology and Aging.

“Although age estimates can often be based on multiple cues, there are many situations in which a picture of a person’s face is the only information that is immediately available,” researcher Manuel C. Voelkle of the Max Planck Institute for Human Development in Berlin, and colleagues write.

In addition, smiling has been shown to make people look more attractive, which may make them appear younger.

The results showed facial expressions had a big effect on the accuracy of age estimates.

Compared with other facial expressions, the age of neutral faces was estimated most accurately.

Meanwhile, the age of happy or smiling faces was most likely to be underestimated by an average of about two years.

Researchers say the age of the person guessing also played a role.

Overall, people found it harder to guess the age of older faces than younger faces. And the older people were, the worse they were at correctly guessing someone’s age.

But older and younger adults were better at guessing the age of people their own age compared with other age groups.