Author Michael Pollan may have one of the hardest jobs: trying to help people make better food choices while battling junk-food marketers’ attempts to undermine his advice. The major problem he faces, as he told The Washington Post, is that marketers take his rules and use them against him.

The advice: Buy products with five ingredients or fewer

Pollan says he and others have repeated the mantra, “Don’t buy anything with more than five ingredients,” in hopes that people will purchase fresh produce and lean meats. Feeding off of this advice, though, Haagen Dazs started its five campaign. While the ice creams in this line technically have only five ingredients, those ingredients are high in sugar, fat, and empty calories. Plus, says Pollan, “They didn’t change anything…it was the same five ingredients they had before.”

Pollan also discusses a Tostitos commercial in which a woman compares Pringles to Tostitos, choosing the tortilla chips because they have fewer ingredients. Both, however, are high-calorie, high-fat foods. The result is that the consumer is completely confused by clever marketing. 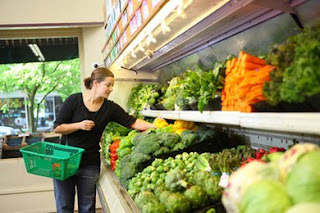 The advice: Shop the peripheries of the supermarket.

The advice to shop around the edges of the supermarket is supposed to lead shoppers toward fresh produce and lean meats, avoiding the trans-fat and preservative-laden processed foods in the middle aisles.

But now, claims Pollan, makers of packaged food want to stock their products on the peripheries as well.

The new rule: Don’t buy anything advertised in commercials

“Anybody with that kind of marketing budget is selling packaged foods,” Pollan says.