By James B. Kelleher

(Reuters) – Emergency room visits linked to energy drink consumption have surged in recent years, according to a report released on Tuesday, as more people combine the popular beverages with alcohol and drugs.

The Substance Abuse and Mental Health Services Administration said hospitalizations in the United States tied to energy drinks have jumped tenfold to 13,114 in 2009 from 1,128 visits in 2005. The most recent year for which data is available is 2009.

The agency, a unit of the Department of Health and Human Services, said that 44 percent of the visits involved people who had combined the stimulant-rich drinks with alcohol, pharmaceuticals or illicit drugs. 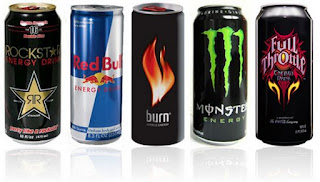 The vast majority of the visits were made by males between the ages of 18 and 39, the agency said.

The researchers did not say what symptoms drove the people to go to the ER or what underlying medical conditions they may have had.

But they said other studies have indicated that excessive use of the drinks on their own can cause adverse reactions such as arrhythmia, hypertension and dehydration.

“Combining energy drinks with substances of abuse raises the risk of serious, even life-threatening injury, as well as the likelihood of engaging in risky behaviors such as driving under the influence,” the researchers said.

The report was immediately criticized by a trade group for makers of the energy drinks, which usually contain stimulants like caffeine and guarana as well as other additives that can compound the beverages’ effects .

The fact that nearly half the hospitalizations involved people who had also consumed alcohol or taken illegal substances or pharmaceuticals made “their consumption of energy drinks potentially irrelevant,” the American Beverage Association said.

The group also said that most mainstream energy drinks contain just half the caffeine of a similar size cup of coffee.