(Reuters) – If your preschoolers turn up their noses at carrots or celery, a small reward like a sticker for taking even a taste may help get them to eat previously shunned foods, a U.K. study said.

Though it might seem obvious that a reward could tempt young children to eat their vegetables, the idea is actually controversial, researchers wrote in the American Journal of Clinical Nutrition. 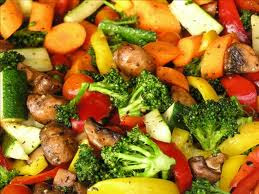 That’s because some studies have shown that rewards can backfire and cause children to lose interest in foods they already liked, said Jane Wardle, a researcher at University College London who worked on the study.

Verbal praise, such as “Brilliant! You’re a great vegetable taster,” did not work as well.

“We would recommend that parents consider using small non-food rewards, given daily for tasting tiny pieces of the food — smaller than half a little finger nail,” Wardle said in an email.

The study found that when parents gave their three- and four-year-olds a sticker each time they took a “tiny taste” of a disliked vegetable, it gradually changed the children’s attitudes.

Over a couple of weeks, children rewarded this way were giving higher ratings to vegetables, with the foods moving up the scale from between 1 and 2 — somewhere between “yucky” and “just okay” — to between 2 and 3, or “just okay” and “yummy.”

The children were also willing to eat more of the vegetables — either carrots, celery, cucumber, red pepper, cabbage or sugar snap peas — in laboratory taste tests, the study said.

Researchers randomly assigned 173 families to one of three groups. In one, parents used stickers to reward their child each time they took a tiny sample of a disliked vegetable.

A second group of parents used verbal praise. The third group, where parents used no special veggie-promoting tactics, served as a “control.”

Parents in the reward groups offered their child a taste of the “target” vegetable every day for 12 days.

Soon after, children in the sticker group were giving higher ratings to the vegetables — and were willing to eat more in the research lab, going from an average of 5 grams at the start to about 10 grams after the 12-day experience.

The turnaround also seemed to last, with preschoolers in the sticker group still willing to eat more of the once-shunned veggie three months later.

Why didn’t the verbal praise work? Wardle said the parents’ words may have seemed “insincere” to their children.