The findings support previous European research and could lead to new types of treatment and preventive measures, the study authors said. 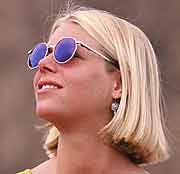 The study appears online in the journal Gut.

“A leading explanation for this north-south gradient in the risk of ulcerative colitis and Crohn’s disease may be differences in exposure to sunlight, or UVB radiation, which is generally greater in southern latitudes,” wrote Dr. Hamed Khalili, of Massachusetts General Hospital in Boston, and colleagues.

“UV radiation is the greatest environmental determinant of plasma vitamin D, and there is substantial experimental data supporting a role for vitamin D in the innate immunity and regulation of inflammatory response,” they noted.

The Crohn’s and Colitis Foundation of America has more about inflammatory bowel disease.