Turmeric and curcumin have been highlighted as powerful anti-cancer substances in the past, but research has now shed even more light on the amazing ability of both turmeric and curcumin to actually block cancer growth. This is due to the unique ability of a main component in turmeric that is actually able to block an enzyme that promotes the spread of head and neck cancer. 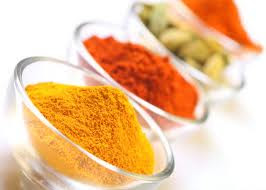 Researchers at UCLA found that curcumin — the primary component in turmeric also responsible for its color — exhibited these cancer-blocking properties during a study involving 21 participants suffering from head and neck cancers. The subjects were given two chewable curcumin tablets containing 1,000 miligrams of the substance each. After administering the chewable curcumin tablets, an independent lab in Maryland was in charge of evaluating the results.

What the lab found was that the enzymes in the patients’ mouths responsible for promoting cancer spread and growth were inhibited by the curcumin supplementation. As a result, the curcumin intake halted the spread of the malignant cells. Curcumin has previously been found to reduce tumors by 81% in similarly shocking research, which also gives credence to the natural anti-cancer benefits of turmeric and curcumin intake.

While the benefits of turmeric have not been widely publicized in the United States, turmeric is known for its widespread use in many South Asian and Middle Eastern countries. Utilized as a spice in traditional dishes, many cultures have already fully recognized the powerful health-promoting aspects of turmeric. Perhaps the best part about turmeric is the fact that it is very cheap compared to highly ineffective cancer drugs that have actually been shown to worsen tumors conditions and kill patients. As more health professionals begin to realize the attributes of turmeric and curcumin, it is very possible that it could become as popular and widespread — if not more so– than super-nutrient vitamin D.

Anthony Gucciardi is an accomplished investigative journalist with a passion for natural health. Anthony’s articles have been featured on top alternative news websites such as Infowars, NaturalNews, Rense, and many others. Anthony is the co-founder of Natural Society, a website dedicated to sharing life-saving natural health techniques.