You’ve opened up your fridge to find a tub of unopened yogurt with a Best Before date that says it expired three days ago. Would you toss it out? Most of us would. After all, “when it doubt, throw it out,” we’ve all been told.

In fact, though, you would likely be throwing away perfectly good food. As long as that yogurt had been stored properly since being bought, it would still be good a few days after its Best Before date. The same is true with milk, cheeses and countless other foods. 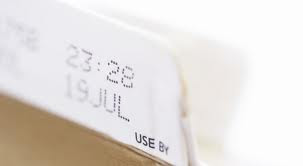 And yet every year, thousands of kilograms of food are needlessly thrown away simply because consumers misunderstand what the Best Before date means.

Most of us see them as expiration dates, when they’re often anything but. In fact, a Best Before date says nothing about the safety of a food.

The Canadian Food Inspection Agency points out that Best Before dates are only an indicator of the “quality” of the product — meaning how long it will maintain its optimum taste and texture. The dates don’t guarantee that the food is safe before that date, and they don’t necessarily mean that the food is unsafe after that date.

“You can buy and eat foods after the ‘best before’ date has passed,” the CFIA says on its website. “However, when this date has passed, the food may lose some of its freshness and flavour, or its texture may have changed.”

In other words, Best Before dates are merely suggestions about how long a food will taste “fresh,” not whether it’s safe.

The only foods that the government insists must have expiration dates are infant formula, meal replacements and nutritional supplements. These must come with an “expiration date” because the vitamins in these foods can deteriorate, rendering them useless.

What might also surprise many shoppers: while the government requires Best Before dates on foods that will keep fresh for less than 90 days, it’s left up to food makers to pick those dates; there is little oversight from the government.

Another surprise: Those canned and packaged items in your cupboard? These don’t need to have a Best Before date at all. Not that it stops manufacturers from adding dates to such products anyway.

Check the labels of cookies, crackers, pasta mixes, canned tuna and beans and most come with Best Before dates. But none of these dates have anything to do with food safety; in fact, these foods are typically safe to eat long after their Best Before dates have passed. (Of course, that’s assuming the can isn’t bulging or leaking. It’s never safe to eat from those cans.)

Even soft drinks often come with “best if used by” dates, though their manufacturers insist there is no danger from drinking the products beyond those dates.

How do food makers decide when a food is past its “optimal freshness” on the shelf? That’s unclear. It seems it’s really up to them to decide because there aren’t government regulations on such decisions. That’s prompted some, including The Telegraph food writer Rose Prince, to suggest that food makers set the dates deliberately early, so that consumers toss the foods out sooner and buy more.

“The dates are decided by the manufacturers after testing and some would certainly have an interest in setting these dates at conservative levels. After all, the more we throw away, the more we buy,” she wrote earlier this year.

The problem is that when consumers become confused by these labels, and mistake Best Before dates as expiry dates, they toss out products as soon as the dates have passed, resulting in thousands of kilograms of needless food waste every year.

(It’s important to note that all these rules about Best Before dates apply only to foods that haven’t been opened. Once opened, most foods need to be consumed quickly, though the rules vary.)

The issue of food waste has been a hot topic in the U.K. in the last few years — and not only because food prices around the world have been rising. Much of it stems from a 2008 report from the U.K.-government group called WRAP, the Waste and Resources Action Programme (WRAP).

The government-funded group published a report three years ago entitled “The food we waste,” in which they carefully studied the food disposing habits of Britons, actually auditing the household garbage of thousands of them.

What they found was fascinating — and disturbing.

The most sobering fact: on average, every Briton throws away 70 kilograms (150 lbs) of “avoidable” food waste a year — the weight of an average person.

By “avoidable” food waste, they meant food that could have been eaten if it had been managed better by buying the right amount, storing it correctly and eating it up quickly.

Yes, there’s unavoidable waste, such as vegetable peelings, meat bones and coffee grounds. But the audit found that more than 60 per cent of food that was being wasted each year in Britain was avoidable.

The audits also found that over a quarter of avoidable food waste was thrown away whole or still in its packaging. This included stale bakery items, overripe fruits and packaged food such as yogurts that had passed their Best Before dates.

WRAP estimated that a full 20 per cent of food waste is linked to date labeling confusion.

Though these are British figures, there’s no reason to believe the situation is much better in Canada. In fact, it might even be worse, since there are plenty more oversized refrigerators — where foods get pushed to the back and forgotten — in North America than Britain.

In a bid to cut down on some of this waste, the British government brought in new guidelines last September to clarify freshness dating and to educate the public on what Best Before dates mean and don’t mean.

The government would like food makers to stop using Sell-By or Display Until dates, which they found were really just meant for stock control reasons. WRAP found that consumers were reading the labels and becoming confused about what they meant, leading to some of the unnecessary waste.

The British government would like food to be labelled with one date only — either a Use By date or a Best Before date. Use By labels would only apply to foods that could become unsafe to eat after the specified date. It will go on such foods as soft cheeses, meat, fish, eggs and ready meals. Best Before dates, on the other hand, will indicate only that the product is no longer at its best, though it would still be safe to consume.

In Canada, most consumers don’t see Sell By dates as much as they do in the U.S. and the U.K. But it’s likely most Canadian consumers share the same confusion over Best Before and Use By dates.

In the U.K., WRAP is working with the food industry to roll out public education programs to reinforce to consumers how Best Before dates work. Here in Canada, the messaging hasn’t been as clear, though there are a few websites that offer help. The Canadian Partnership for Consumer Food Safety Education is a good start and offers a chart for how long it’s safe to keep unopened and opened foods in the fridge.

Still Tasty.com is another site that offers tips on the shelf life of foods. You can look up just about any food and it will tell you how long that food will stay fresh for and when it’s best to toss it. Their advice on that barely-expired yogurt?

“Yogurt that has been properly stored will generally remain safe for at least 7 to 10 days after the ‘sell-by’ date on the package,” the site says.