Ah love! It’s at the very core of our being. It’s who we are at the purest and most basic level of our humanness. And what better day to celebrate this than Valentine’s Day? It’s an opportunity to honor the people you’re closest to and particularly to acknowledge your love for that special someone. Yet as anyone who has been in a relationship knows, it definitely takes more than love. What else does it take to make a relationship work? How do you go through the trials and tribulations of a relationship and come out still bonded in your love? 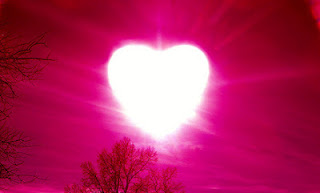 Though my present work as an author, soul healer, and spiritual teacher has a different focus, I’ve been a licensed Marriage and Family Therapist and Psychotherapist since 1975 and had a very successful private practice. In addition to my own experiences in relationships (the good, bad, and the ugly!), I’ve read several books and attended several workshops that added to my skills and knowledge, both personally and professionally.

Although all these contributed something to my understanding, the most sensible guidelines I found came out of the University of Washington, from a researcher named Dr. John Gottman. His approach was not just intellectual or philosophical, but his conclusions were based on his long-term research with a wide range of ordinary couples. In his “love lab” he studied partners heart rates, facial expressions, and how they interacted with each another. One of the main factors in the couples’ interactions with one another was the ratio of positive moments to negative moments. Gottman and his researchers found that when the ratio of positive to negative moments was consistently 5 to 1 or greater (some couples were as high as 30 to 1), even while discussing problems, it indicated a strong marriage that would very likely endure. If the ratio dropped to 1 to 1 or less, they were able to predict with an astounding 90% accuracy that these couples would not be together after three years! He also noted that even when the positive moments greatly surpassed the negative, the “1″ in the ratio was just as important.

Although these findings were highly significant, Gottman concluded that there were other important ingredients that supported a strong foundation for the marital relationship. These principles can be useful for any two people, married or not, trying to navigate the waters of their relationship. Here are some of those principles gleaned from his years of research that helps keep vitality and meaning in your relationship.

Keep high standards – The most successful couples refused to accept hurtful behavior from one another right from the beginning and as a result were generally happier.

Seek help early – The average couple waits six years before seeking help for marital problems! Since half of all marriages that end do so in the first seven years, the sooner you get help the more likely those problems can be resolved.

Edit yourself – Know what not to say and when not to say it! Those couples who are happiest hold back on saying every critical thought, especially when discussing sensitive topics.

Soften your “start up” – Bring up problems gently and without blaming your partner. When a spouse makes a critical or contemptuous remark in a confrontational tone, it’s likely to “start up” an argument. It’s especially critical to be gentle with each other during re-entry, when a couple first come together after being apart for any length of time, such as after work or first thing in the morning.

Learn to repair and exit the argument – Happy couples know how to repair an argument and move on before it gets completely out of control. Examples of repair attempts include: 1) changing the topic to something completely unrelated 2) using humor 3) stating you understand your partner’s feelings or opinion 4) finding and stating ways you are on common ground. If an argument gets too heated, each one take a 20-minute time out and agree to approach the topic again when you are both calm.

Be Willing to Accept Influence (for men) – A marriage succeeds to the extent that a husband can accept influence from his wife, which is challenging for a lot of men because of our egos. A husband’s ability to be influenced by his wife (rather than vice-versa) is crucial because research shows women are already well practiced at accepting influence from men, and a true partnership only occurs when a husband can do so as well.

Yet even in all of this, remember to keep your love alive showing it frequently and creatively in as many ways as possible!