Feb. 3, 2012 — Looking for an unusual way to lower your blood pressure? Try an unusually colored potato.

When overweight people included two servings of purple potatoes a day in their diet for a month, they not only reduced their blood pressure, they also didn’t gain weight in the process, a small study shows.

In the study, published online in the Journal of Agricultural and Food Chemistry, researchers tracked 18 middle-aged adults. Half of them were asked to eat the skin and flesh of six to eight small purple potatoes at lunch and dinner for four weeks, while the others did not add the microwaved taters to their meals. 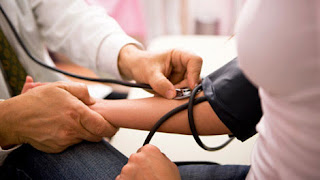 During the second month of the study, the groups switched regimens.

Participants were given Purple Majesty potatoes.

Since 14 out of 18 participants had high blood pressure and nearly all of them took medication for it even during the study, a small blood pressure decrease may help lessen their odds for heart disease.

Although potato eaters took in more calories compared to adults given no potatoes, their weight didn’t change. That’s good news because seven participants were obese and six were overweight.

In Korea, purple-colored spuds are considered a folk remedy for weight loss.

The researchers suggest that purple potatoes are an effective agent to reduce blood pressure and lower the risk of heart disease and stroke in people with high blood pressure — without weight gain.

As for why the colorful spud may help the heart, scientists say the purple vegetable has many of the same healthful plant pigments as purple fruits. It’s rich in antioxidants, such as anthocyanins, carotenoids, and phenolic acids, which may reduce chronic inflammation linked with heart disease and stroke.

Microwaving the purple spuds and eating them with their skins on is one of the best ways to get the most antioxidants and plant pigments from them.

And potatoes are popular. The average American eats about one medium potato a day. They are a good source of vitamin C and potassium, and if you eat them with their skins on, you’ll add more fiber to your diet.

It’s the mashed, fried, and au gratin-style potatoes, or the spuds that are twice-baked or topped with gobs of sour cream or butter, that can boost the vegetable’s fat and calorie content.

Researchers do not know whether white potatoes, which have fewer plant pigments and antioxidants, would have the same beneficial effects.