Worried about Alzheimer’s disease? Here, four simple steps that can stave off dementia and keep your memory strong.

If everyone in North America added just one healthy habit, it might prevent or delay a million cases of Alzheimer’s disease that would otherwise be expected to occur over five years, says psychiatrist Gary Small, MD, director of the UCLA Longevity Center. Research hasn’t yet proved that lifestyle changes can ward off the disease, he says in his new book, The Alzheimer’s Prevention Program (Workman, $24.95) — “but if you read the small print, the evidence is compelling.” With the oldest baby boomers reaching their mid-60s, when Alzheimer’s risk starts to climb, we asked him what changes matter most.

Get some exercise. Sure, that’s always the Answer to Everything, but studies have shown that when couch potatoes start a fitness program, it’s not just arm and leg muscles that bulk up; key portions of the brain do too. “You can build brain muscle,” Dr. Small says. “You don’t have to become a triathlete — park your car a bit of a distance from your destination. Take one flight of stairs. Start slowly and build up.” 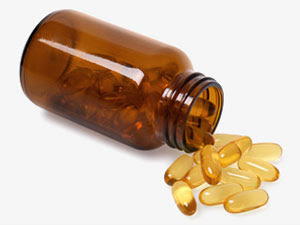 Stretch your mind. Crossword puzzles get all the attention, but mental challenges of every sort appear to help ward off Alzheimer’s, Dr. Small says. Take a class, or talk politics with a friend. As long as you avoid alienating each other, you’ll reap double benefits, since studies suggest that having a network of friends can lower the risk of dementia by as much as 60 percent.

Feed your brain. Want to keep all your marbles? Eat well, just not too much: “If you’re overweight at midlife, it doubles your risk for dementia,” Dr. Small says. “If you’re obese, it quadruples it.” A Mediterranean-style diet (heavy on produce, whole grains, and fish) is good because it lowers the risk of diabetes — and diabetes is a major risk factor for Alzheimer’s.

Manage your stress. One study found that people who were easily stressed were twice as likely as calmer sorts to develop Alzheimer’s over about a five-year period. Meditation can help; studies show it can actually increase the size of parts of your brain that control memory. But so can tai chi, getting a massage, and taking an after-dinner walk with a friend. Whatever you do, don’t stress about your Alzheimer’s prevention plan, Dr. Small says. Little steps will take you a long way.

Some supplements may help ward off Alzheimer’s disease. What the doctor recommends:

Definitely take: A MULTIVITAMIN “As we get older, we don’t always absorb all the nutrients we need,” Dr. Small says. “I see it as insurance.”

Worth considering: FISH OIL People who get lots of anti-inflammatory omega-3 fatty acids have a lower risk of Alzheimer’s disease. The supplement is safe (if you don’t take megadoses) and relatively inexpensive.

Looks exciting: CURCUMIN More research is needed, but this compound, found in turmeric, appears to lower levels of inflammation throughout the body — and, like fish oil, may prevent brain changes linked to Alzheimer’s.