By Margaret Badore for DietsInReview.com

Walmart is set to sell a new form of genetically-engineered (GE) sweet corn as early as this summer. Monsanto’s Bt sweet corn contains three GE traits that have never before been consumed directly by humans, and have not been subjected to thorough safety testing. There will be no labeling whatsoever indicating that the corn is a genetically modified organism. 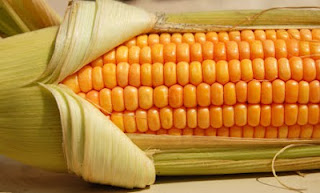 Most GE corn is not fit for human consumption unless it is heavily processed into products like high fructose corn syrup, corn starch, or corn oil. This means that consumers can avoid consuming GE corn simply by choosing not to eat processed foods with corn-derived ingredients. However, Monstanto’s Bt sweet corn will be sold to consumers as whole ears on the cob and will be found in the produce section.

The “Bt” means that the corn contain Bt toxin, which originates in the bodies of poisonous caterpillars. In nature, the toxin prevents predators from eating caterpillars before they can mature into moth or butterflies. Monsanto’s corn has been modified to produce this toxin, which means it makes its own pesticide, rupturing the stomachs of the insects that eat it. It is unknown what effect consuming a plant that produces this toxin will have on humans, however lab rats that fed the Bt corn suffer from organ failure.

A number of grocery stores have already committed to keeping the GE corn off their shelves, including Trader Joe’s and Whole Foods. General Mills has also agreed to not use the new corn in their products. A number of petitions have been started urging Walmart to drop or label the corn as genetically modified. The hope is that if Walmart refuses to sell the Bt sweet corn, other food retailers will follow suit. However, such activists will have a tough fight, since it is well known that Walmart has close ties with Monstanto.