It’s possible. A new study suggests that the pungent and pine-like scent of rosemary oil may improve speed and accuracy when performing certain mental tasks.

Twenty people were asked to perform subtraction exercises and a task to see how quickly they could process new information before and after being exposed to the scent of rosemary in their work stations. Researchers measured participants’ blood levels of 1, 8-cineole, rosemary’s main chemical component, after the experiment. 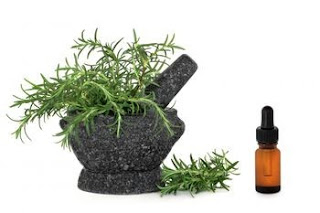 The higher their blood levels of this compound, the better the participants scored on these tasks, the study shows. Speed and accuracy got better, but the oil did not seem to improve alertness. Exactly how rosemary can improve mental ability is not fully understood.

The findings are published in Therapeutic Advances in Psychopharmacology.

Alan Hirsch, MD, is the director of the Smell and Taste Treatment and Research Foundation in Chicago. He says the findings take aromatherapy to a whole new level. “This opens up the doorway for us to explore other odors and how they affect people,” he says.

So, should we place some rosemary-scented potpourri in our work station?

“It is something to think about if you want to improve your learning, as long as you like the smell of rosemary,” Hirsch tells WebMD.

Christy C. Tangney, PhD, says more study is needed to see how, or even if, rosemary affects how quickly and accurately we perform mental exercises. She is an associate professor in the department of clinical nutrition at Rush University Medical Center in Chicago. “This is an intriguing concept, but very preliminary,” she says.

The findings could be due to chance or something else besides the fragrance. “There is something here. I don’t know that I could conclude that it is the aroma of the rosemary that is associated with improvements though,” Tangney says.

She agrees with Hirsch. If you like the scent of rosemary, there is no reason not to surround yourself with it. “Rosemary has been used as an herb for generations, and there is nothing to say it is potentially harmful, at least in the short term.”