(Reuters Health) – Despite past evidence suggesting that eating soy might only lower cholesterol in those whose bodies are able to convert it to an estrogen-like compound called equol, a new study hints that soy might benefit a wider range of people.

Canadian researchers found that a diet high in soy isoflavones lowered so-called “bad” cholesterol, or LDL, about equally in people who were considered “equol producers” and in those who weren’t. The equol producers, however, maintained their previous levels of “good” HDL cholesterol, while the non-producers’ HDL dropped as well. 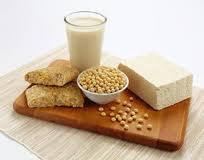 Cyril Kendall, a nutrition researcher at the University of Toronto in Canada, and his colleagues used three previous studies to test whether the ability to produce equol from soy products was linked to changes in cholesterol.

In total, the researchers analyzed data on 85 people who participated in one of the three studies. In each of the studies the participants ate between 30 grams and 52 grams of soy foods — such as tofu burgers or hot dogs — every day over four weeks.

Before they started eating the soy, both equol and non-equol producers had LDL cholesterol in the range that would be considered high according to the American Heart Association (AHA). Their HDL cholesterol was also considered low.

For LDL cholesterol, the AHA says a score between 160 milligrams per deciliter (mg/dL) and 189 mg/dL is high, while HDL cholesterol below 60 mg/dL is considered low and not protective against heart disease.

The LDL reductions are large, the authors write in the American Journal of Clinical Nutrition, although that was likely because one of the three studies looked at weight reduction, and that would influence the results.

A 2006 review by the AHA nutrition committee of 22 randomized trials looking at soy and cholesterol said the LDL reduction they observed was relatively small in given the amount of soy a person would have to eat every day to achieve it.

“From a practical perspective, unless their background is such that they habitually consume a high level of soy every day…it’s unlikely that they’ll sustain that change in their diet,” said Alice Lichtenstein, an author of the report in the journal Circulation and a nutrition researcher at Tufts University in Boston.

Lichtenstein, who was not involved with the new study, told Reuters Health that the benefits come when a person replaces less healthy foods with soy. She said a person should not just think they can sprinkle soy proteins over an ice cream sundae and make it a healthy snack.

“If you’re having a soy burger you may be displacing a hamburger,” he said.

Overall, Kendall said, soy should only be one part of a cholesterol-lowering diet.