THURSDAY, March 1 (HealthDay News) — People who take vitamin A supplements might be cutting their risk of developing the deadly skin cancer melanoma, a new study suggests.

Supplements of a type of vitamin A called retinol could be a protective agent against melanoma; however, too much can result in serious side effects, researchers say.

“We found a protective effect from supplemental vitamin A, more than you would get from a multivitamin,” said lead researcher Dr. Maryam Asgari, a dermatologist and investigator at Kaiser Permanente Northern California, in Oakland. 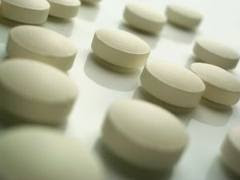 However, people should not be taking vitamin A in the hope it will reduce the risk of melanoma, she said.

“For us to really be able to recommend that, we would need a trial,” Asgari said. “Based on these findings I wouldn’t recommend that the average person start taking vitamin A to prevent melanoma; more data needs to be obtained to make this recommendation,” she said.

The study appeared online March 1 in the Journal of Investigative Dermatology.

For the study, Asgari’s team collected data on almost 70,000 people participating in a study on vitamins and lifestyle in Washington state. After about five years of follow-up, 566 people had developed melanoma.

Taking vitamin A (retinol) supplements was associated with a 40 percent reduction in risk of developing melanoma, according to the study.

But while the study uncovered an association between retinol supplementation and melanoma risk, it did not prove a cause-and-effect relationship.

In addition, no relationship was seen between melanoma risk and vitamin A in the diet. Asgari also noted that the dietary data of those in the study was unreliable. And any beneficial effect appeared to be limited to retinol and not other forms of vitamin A called carotenoids, the study authors said.

Gender and sun exposure may also be a factor in how retinol could prevent melanoma, the researchers added. The protective effect of vitamin A was stronger among women and in areas of the skin exposed to the sun, they said.

Retinol is found in foods such as liver, eggs and milk, and appears to have an effect on cell differentiation and growth, the researchers noted.

Previous research in mice has found that retinol and related compounds can decrease the size of tumors and prolong survival in melanoma.

The current recommendation for vitamin A for adults is 700 micrograms to 900 micrograms a day. However, taking more than 2,800 micrograms a day can lead to significant side effects such as birth defects, liver abnormalities, reduced bone mineral density and mental problems, according to the U.S. National Institutes of Health.

Dr. Doris Day, a dermatologist at Lenox Hill Hospital in New York City, said she is unsure about the effectiveness of vitamin A supplements.

“I will say that based on data and research, using vitamin A on the skin has been helpful to protect against skin cancers,” she said.

However, Day does think that vitamin A in the diet also protects against skin cancer. “Diet is your number-one source,” she noted.

Supplements may have an additional benefit but they don’t replace a healthy diet, she explained. “Everything you put into your body has an effect on your skin. Your skin is another organ system that affects and reflects your other organ systems. When you eat antioxidants, like vitamin A, you are supporting your skin in a direct way and you are increasing protection against [ultraviolet] radiation and repair cells after UV radiation,” Day said.

But the best way to prevent skin cancer is to use sun protection and limit time spent in direct sun, Day stressed. “You need to be sun-smart,” she said.

Dr. Robert Graham, an internist at Lenox Hill Hospital in New York City, added that based on these findings, “there is some promise of vitamin A supplementation as protection against melanoma.”

To learn more about melanoma, visit the U.S. National Library of Medicine.