March 9, 2012 — Making berries a part of your daily diet may help keep your memory sharp, a new review shows. 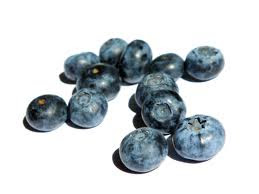 “In addition to their now well-known antioxidant effects, dietary supplementation with berry fruits has direct effects on the brain,” writes researcher Marshall Miller, of the USDA-ARS Human Nutrition Research Center on Aging, and colleagues in theJournal of Agricultural and Food Chemistry.

Researchers say laboratory and animal studies suggest that eating berries has beneficial effects on brain signaling pathways involved in inflammation and cell death. The net effect of these improvements in brain function may stall age-related brain disorders like Alzheimer’s disease and dementia.

Researchers reviewed recent studies on the effects of berries on brain signaling or internal communication and behavior.

First, the high antioxidant content of berries helps protect brain cells from damage by harmful free radicals, which are set loose within the body by the process of “oxidation.”

Second, berries change the way the neurons in the brain communicate with each other. These changes can prevent inflammation that can lead to brain cell damage and thereby improve movement control and function.

For example, researchers say studies have shown that berries are capable of enhancing brain function and movement control in animals.

In addition, some studies in humans have shown that dietary supplementation with berries reduces inflammation in humans. Grapes and blueberries have also been shown to improve brain function in older adults with mild mental impairment.

Researchers say further study is needed to determine if these beneficial effects on brain function are the result of individual compounds shared by berries or unique combinations of chemicals in each berry fruit.