FRIDAY, March 2 (HealthDay News) — Driven to sleeplessness by the effects of stress and the demands of their own biology, women are more likely than men to have serious sleep problems, experts say.

“We see insomnia much more frequently in women, probably at least 50 percent more often than men,” said Dr. Ryan Hays, an assistant professor of neurology at the University of Texas Southwestern Medical Center in Dallas.

In response, women have turned to medication for help. In the age range most affected by insomnia, ages 40 to 59, nearly 15.5 million American women got a prescription last year to help them sleep — nearly double the rate for men in the same age group, according to IMS Health, a health-care consulting firm in Danbury, Conn.

But sleep researchers believe there’s a better way. Changes to a person’s lifestyle and to the way they approach sleep can help in a more natural and more effective way than simply popping a sleeping pill.

And putting away the pills may be especially appealing in light of a report earlier this week in the journal BMJ Open that suggested prescription sleep aids may shorten your life or increase your risk of certain cancers.

“That’s the ideal, to not rely on a pill to help you get to sleep,” said Shelby Harris, director of the behavioral sleep medicine program in the Sleep-Wake Disorders Center at Montefiore Medical Center in New York City. “It’s always best to solve a problem without a pill. It really does depend on the patient, but we prefer if you can avoid medication.” 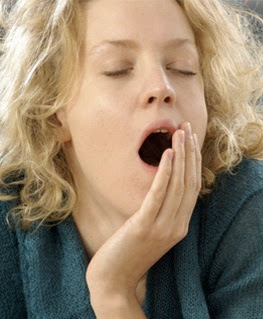 The first factor is innate and ancient. “There are a lot of hormonal and biological changes throughout the life cycle that women experience, and those affect sleep,” she said.

These hormonal changes begin with menstruation and continue through menopause. Pregnancy also can hamper sleep, particularly in the third trimester, and many women find it very difficult in the first few post-partum months to maintain a deep, healthy slumber. “Every little noise keeps you awake or wakes you up,” Harris said, tracing the phenomenon back to evolution and a hypervigilance developed by our primitive ancestors to better protect their young.

But the second factor is external and modern. Much is required of women these days, as they juggle many different life roles, and the stress this creates can make it difficult to sleep, Harris said.

“It always seems like they’re trying to fit a 30-hour day into 24 hours,” she said. “There’s little time for moms in particular to relax and unwind, to be able to go to sleep at night.”

These problems can create a vicious cycle, where a woman who has trouble sleeping will begin to fret, which makes it even more difficult to sleep, Hays said.

“Patients often feel if they don’t get a good night’s sleep, the day after is going to be the worst,” he said. “They start to learn to dread the bed.”

Hays and Harris both recommend that their patients adopt changes in their routine to help them get better sleep. These behavior modifications go beyond the usual “sleep hygiene” recommendations — like getting to bed on time every night, partaking in regular exercise or using your bed only for sleep or sex.

For example, many women with insomnia will lie in bed thinking about all the things they need to get done the next day, Harris said. She recommends that these women write up a to-do list early in the evening and then prioritize it. “Write everything out, so it’s on paper and out of your head,” she said.

Other women wake up in the middle of the night and decide to get some work done or perform some chores, which sounds like a good use of time but might be making matters worse, Harris noted.

“If you do that every night at 3:00 in the morning, you’re just training your body to get up and do work at that hour,” she said.

The two sleep experts also recommend that women get out of bed if they wake up in the middle of the night and can’t get back to sleep within a half-hour or so. But instead of working, they recommend that women do something calming, monotonous or even boring: fold clothing, or read old magazines or books in dim light.

“They’re better able to fall back asleep quicker than if they stayed in bed and became frustrated,” Hays said.

Women with extreme insomnia might even consider trying a counter-intuitive approach in which they limit their time in bed, Hays said. If they’re only getting five hours of good sleep a night, for instance, they could allow themselves only four hours in bed.

“If they spend less time in bed, there’s a better chance they’ll spend more of that time sleeping,” Hays said.

Another little sleep trick involves body temperature. Researchers have found that sleep comes with a drop in a person’s core temperature, Hays noted. Taking a relaxing warm bath before bedtime could help aid sleep. “That may increase the amount the body’s temperature actually drops, which may help sleep continuity,” he explained.

Finally, women can help themselves fall asleep by “setting the table” for sleep by adopting a routine set of relaxing rituals just before bedtime.

“A lot of people treat sleep like an on/off switch,” Harris said. “You should set aside a half-hour to treat sleep like a dimmer switch.” Sit in a favorite chair, dim the lights and do something relaxing and enjoyable.

“You’re setting the stage for sleep,” she said. “Then get in bed when you’re actually sleepy.”

The U.S. Centers for Disease Control and Prevention has more on sleep and sleep disorders.