Researchers looked at data from four studies: two in Asian countries (China and Japan) and two in Western countries (the U.S. and Australia). All participants were diabetes-free when the studies began.

According to the new study, diabetes risk rises by about 10% with each increased serving per day of white rice.

The new findings appear in the journal BMJ.

The study was not designed to show how white rice may increase the risk for diabetes, but researcher Qi Sun, MD, has some theories on the matter. White rice ranks high on the glycemic index, which means it can cause a sudden spike in blood sugar levels. White rice is also low in fiber that can help lower the risk for developing diabetes, Sun says. He is an instructor in medicine at the Harvard School of Public Health in Boston.

It’s not just white rice, either. Other white, starchy carbohydrates, such as white bread, white pasta, and white potatoes, will likely have the same effect if eaten often enough, he says.

Sun suggests choosing whole grains instead of white carbs. This is not to say that a person can never eat white rice. It is all about moderation: “Eating white rice one to two times per week is fine.” 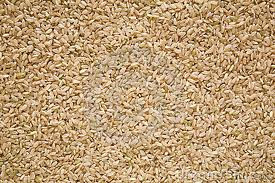 Spyros Mezitis, MD, agrees that all white starchy foods increase the risk for diabetes when eaten in excess. He is an endocrinologist at Lenox Hill Hospital in New York City.

Anyone at risk for diabetes should focus on reducing the number of calories they eat, losing weight (if they are overweight or obese), and replacing white carbs with whole grain foods. “Always try to eat less and go for the whole grain instead of the white starch,” he says.

Tracy Breen, MD, is the director of diabetes care for North Shore-LIJ Health System in Great Neck, N.Y. She says that what you eat, and how much of it you eat, is only part of the equation. Genes also count when it comes to diabetes risk.

“It is never just one thing,” she says. “It’s what you eat, what you do, and your genes. We can’t change our genes, so it’s important to think about how food plays into our culture.”

Some experts, including Connie Diekman, RD, say that the jury is still out on whether white rice really increases diabetes risk. She is the director of university nutrition at Washington University in St. Louis.

“The observational nature of this study limits the ability to state cause and effect, [and] controlled studies are needed to determine if, in fact, white rice increases the risk of type 2 diabetes,” she says in an email.