(Reuters) – Breast cancer survivors who eat a healthy dose of omega-3 fats – found largely in oily fish like salmon, tuna and mackerel – may have some extra energy throughout their day, according to a U.S. study.

Many people treated for cancer have lingering fatigue even years after their therapy ends, and while there’s evidence that good sleep habits and regular exercise can help, other options are still needed, said researchers whose findings appeared in the Journal of Clinical Oncology. 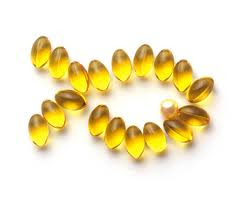 Exactly what causes cancer survivors’ long-term fatigue is unclear, but there’s evidence that chronic inflammation in the body may play a role, said Rachel Ballard-Barbash of the U.S. National Cancer Institute, who worked on the study.

Omega-3 fats are thought to lessen inflammation, and research suggests that’s especially true if the omega-3 replace some of the omega-6 fatty acids that make up a large share of the typical U.S. diet.

Omega-6 fats are found in margarine, vegetable oils and an array of snack foods, sweets and fast food. Too much omega-6 is thought to promote inflammation.

For their study, Ballard-Barbash and her colleagues looked at the relationship between omega-3 intake and fatigue among 633 breast cancer survivors.

Overall, 42 percent of the women were considered “fatigued” three years after their diagnosis — and the problem was more common in those with higher blood levels of an inflammation-related protein called CRP.

Women who got more omega-3 in their diets had lower odds of fatigue, particularly if they used fish oil pills.

Of course, other factors may separate the fish and fish-oil lovers from other people. But when the researchers accounted for factors like women’s age, race and weight, higher omega-3 intake was still linked to lower odds of fatigue.

Ballard-Barbash said it’s still too early for people with cancer-related fatigue to invest in fish oil pills but adding some fish to the diet might be wise.

“Consuming fish a couple times a week – particularly fatty fish – is already recommended to the general public, for overall health,” she said, adding that women who are not physically active already should perhaps look into taking up an exercise routine to deal with fatigue.