By Andrea Holwegner, For Postmedia News March 29, 2012
Whether you are struggling with bingeing or are simply wondering how best to manage cravings for junk food, you have choices.

Lauri struggled with sweet cravings for candy, cookies and just about anything chocolate. After returning home from a long day of work at a job she found draining and unrewarding, she was particularly prone to bingeing on these foods.


She tried different strategies to stop eating them, including removing them completely and treating them like a drug she could not have, or only eating them on the weekend and not during the week. These worked for a while, until willpower failed and she binged again, leaving her further deflated with shame and guilt.

To overcome this issue, Lauri had to tackle the physical and emotional reasons for it. She worked with a clinical psychologist to work through the core belief systems she had about her life and her future.

After all, how you eat is related to how you feel.

This, combined with our nutrition counselling meetings, helped map out an eating plan that allowed Lauri to gain control of her eating. 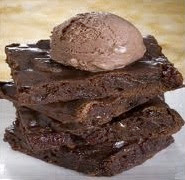 Lauri learned that her save-now-binge-later mindset only set her up to feel hopeless and out of control. When, instead, she allowed herself enough calories and carbohydrates to feed her brain during the workday, she arrived home in a physically nourished state. She also learned to provide herself with permission to truly enjoy the taste of sweets rather than using them to stuff down anger and sadness.

Whether you are struggling with bingeing or are simply wondering how best to manage cravings for junk food, you have choices.

1. Eat the junk food now (it’s better to address a food craving head on and finish all the junk food you have in the house right away).

2. Don’t eat the junk food (avoid eating junk food at all cost, since once you start it is hard to stop).

3. Don’t eat the junk food now, but you can have it later (you don’t believe in denial, but should wait and see if this is a true craving or an impulsive or emotional decision).

If you answered number three, you might be correct. Recent preliminary findings by assistant professor Nicole Mead from CatolicaLisbon School of Business and Economics in Portugal found that postponing a craving for chocolate candies to a later time decreased the desire for them. What’s more, it helped decrease how much was eaten over the course of a week.

The researchers repeated this study with high school students and potato chips.

Why does delaying junk food shrink how much we eat? Researchers suspect that giving yourself time provides a cooling-off period that lets you sort out the debate of all-or-nothing eating. They also suspect that making a vague postponement claim rather than setting a specific time to eat the junk food later is probably better.

When it comes to eating soulful foods chosen for fun and taste rather than health, you may have thought there were only two choices: all or none. Remember there is a third choice that is likely best: later if I want.

1. Start the day off right

Breakfast sets the stage for how the rest of your day will go. If you are overeating later in the day, one of the first questions to ask yourself is “Is my breakfast as big as my supper?” If not, perhaps you need to shift the timing of when you are eating for when you need it.

You need to eat something every three to five hours to keep your energy up and to avoid getting too hungry and overeating.

Somewhere between feeling starved and stuffed after a meal indicates you have eaten enough food to feel full and satisfied. If you stop eating because you think you should rather than because you’ve truly had enough, you can bet you will be looking for food again soon.