Many people crave carbohydrates when they feel low.

Does a bad day at the office or a tiff with your spouse send you marching to the cookie jar or the corner bakery?

Or do you find yourself at the vending machine every day precisely at 4 p.m. for some crackers or candy?

If either scenario fits, you’re not alone. Many people crave carbohydrates — especially cookies, candy, or ice cream — when they feel upset, depressed, or tired.

“Carb craving is part of daily life,” says Judith Wurtman, PhD, a former scientist at the Massachusetts Institute of Technology and co-author of The Serotonin Power Diet. She and her husband, MIT professor Richard J. Wurtman, have long researched carbohydrates and their link to mood and depression.

The Wurtmans published a landmark article about carbs and depression in Scientific American in 1989. They are convinced that the carbohydrate craving is related to decreases in the feel-good hormone serotonin, which is marked by a decline in mood and concentration.

Other experts aren’t so sure. Some wonder if depressed mood and reaching for carbs are both related to an external event — such as the stock market decline — or to simply habit.

Carb cravings seem to be related to decreases in serotonin activity, says Wurtman.

“We discovered years and years ago that many people experience the ‘universal carbohydrate craving time’ between 3:30 p.m. and 5 p.m. every day,” she says. “I suspect the tradition of English tea with its carb offering is a ritual developed to fill this need.”

The Wurtmans’ work, however, has its skeptics.

Edward Abramson, PhD, a psychologist and professor emeritus at California State University, Chico, wrote the book Emotional Eating. He does not think the link is strong and clear-cut.

Another possibility, says Abramson, is that carb craving may be just a habit, learned early. For instance, a woman brought up to believe that anger is not an acceptable emotion may turn to eating treats such as cookies instead — because that’s what she did as a kid and perhaps was encouraged to do by a parent. 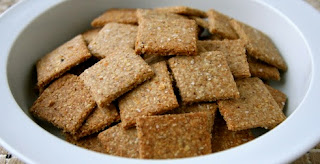 She sees quite a few dieters who crave carbohydrates, especially if they’re on one of the high-protein, low-carb diets.

Carbohydrate Cravings: Normal or Not?

Step back and analyze your cravings a bit, Wurtman suggests.

Do you crave carbs only when you see someone eating something you like? Then, says Wurtman, you may simply be succumbing to the power of suggestion.

Or do you crave carbs when you face an unpleasant task, like balancing the checkbook, and feel better after you’ve had some? Then you may be “self-medicating.” Your serotonin is up, and you are doing what you are supposed to, says Wurtman.

Late-afternoon carb cravings are also quite normal, Wurtman says, and don’t necessarily signal depression. “The reason we want to self-medicate with carbs late in the afternoon is not just that life is difficult and filled with frustration, but that it is a normal day-night cycle.”

When is a carb craving over the top? If you go to great lengths for a carb-rich food continually, you may want to seek professional help, Wurtman says.

She recalls a woman who was driven to have a brownie from her favorite bakery many times a week. When a ride wasn’t available, she would go to great lengths to get it, even walking several blocks in the dark or bad weather.

That kind of persistent craving may be a sign of depression, not just a funky off mood, and perhaps a clue you should seek mental health care, Wurtman and others say. If your mood stays low and the carbs don’t seem to be helping, you should also consider checking in with a health care provider.

Carbohydrate Cravings: Living With Them, Taming Them

If you’re a carb craver, you can learn to cope with them — at minimal or no expense to your health or waistline, experts say.