Berries, tea, apples and red wine are all rich in a naturally occurring compound called flavonoids, and a new study finds that men who eat a diet high in these healthy compounds may have a lower risk of Parkinson’s disease.

Previous research has shown that regular consumption of flavonoids is linked with reduced blood pressure and inflammation, as well as a lower risk of a variety of diseases, including heart disease, some cancers and dementia. But this is the first study to find that flavonoids may also protect brain cells against Parkinson’s. 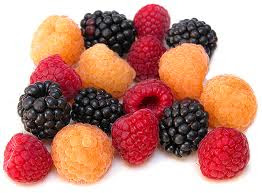 More than 800 participants developed Parkinson’s disease over the study’s 20-year follow-up. After adjusting for age and lifestyle, the researchers found that men who ate the most flavonoids were 40% less likely to develop Parkinson’s than men who ate the least.

The researchers did not find the same link for women, which was unexpected. “We were surprised to only find effects in men as there is no suggestion of endocrine related mechanisms being involved,” says study author Aedin Cassidy, professor of nutrition at Norwich Medical School at the University of East Anglia. “Interestingly, gender differences have also been observed for other factors involved in Parkinson’s, including caffeine intake, which is only protective in men.”

The findings don’t prove that flavonoids prevent Parkinson’s, since the study found only an association. However, based on his previous research on animals, researcher Dr. Xiang Gao of the Harvard School of Public Health speculates that flavonoids’ protective attributes may stem from their antioxidant and anti-inflammatory effects and their interactions with neurosignaling passageways.

In the current study, Gao says that anthocyanins — a subclass of flavonoids found in berries like strawberries, blueberries and blackberries as well as vegetables such as eggplant — appeared to be the real disease fighters. Study participants who consumed the most anthocyanins were 24% less likely to develop Parkinson’s disease than those who ate the least.

Both researchers are quick to note that their findings need to be confirmed in further studies. “We cannot exclude the possibility of chance,” says Gao. “We should still be cautious and larger, independent and prospective studies should be done.”

But that doesn’t mean you should hold off on an extra helping of blueberries. “For berries, there are no harmful effects and other studies have found they can help with hypertension and cardiovascular disease,” says Gao. “So why not add berries to our diet? “