By Genevra Pittman
NEW YORK | Fri Apr 13, 2012
(Reuters Health) – A new study from Thailand suggests that extracts from turmeric spice, known for their antioxidant and anti-inflammatory properties, may help ward off heart attacks in people who’ve had recent bypass surgery.
During bypass surgery the heart muscle can be damaged from prolonged lack of blood flow, increasing patients’ risk of heart attack.
The new findings suggest that curcumins — the yellow pigment in turmeric — may be able to ease those risks when added to traditional drug treatment.
But that conclusion is based on a relatively small group of subjects and needs to be confirmed in larger studies before all bypass patients rush out to get the extracts, researchers said.
“It’s very, very encouraging,” said Bharat Aggarwal, who studies the use of curcumins in cancer therapy at the MD Anderson Cancer Center in Houston, Texas.
Aggarwal, who wasn’t involved in the new study, said research has suggested inflammation plays an important role in the development of a range of diseases, including heart disease — and curcumins could have an effect on those pathways.
But this is the first rigorous, controlled study to support that idea.
Researchers led by Dr. Wanwarang Wongcharoen from Chiang Mai University studied 121 consecutive patients who had non-emergency bypass surgery at their hospital between 2009 and 2011.
Half of those patients were given one-gram curcumin capsules to take four times a day, starting three days before their surgery and continuing for five days afterward. The other half took the same number of drug-free placebo capsules. 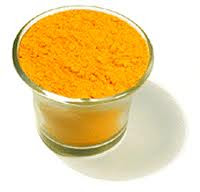 Neither study participants nor their doctors knew which heart patients were getting which pills, and surgeons decided on their own what technique they would use for each bypass procedure.
The researchers found that during their post-bypass hospital stay, 13 percent of patients who’d been taking curcumins had a heart attack, compared to 30 percent in the placebo group. After accounting for any initial pre-surgery differences between the groups, Wongcharoen and his colleagues calculated that people on curcumins had a 65 percent lower chance of heart attack.
Those patients also had lower levels of markers of inflammation and oxidative stress, like C-reactive protein and malondialdehyde, in their blood, according to findings published in the American Journal of Cardiology.
One in five study participants quit taking their assigned capsules early, but there was no difference in the number of side effects, such as nausea and stomach pain, among those taking curcumins versus placebo-users.
Researchers said it’s likely the antioxidant and anti-inflammatory properties of curcumins that may have helped limit heart damage in bypass patients.
“Curcumin has for many years now been shown to reduce inflammation and to reduce oxygen toxicity or damage caused by free radicals in a number of experimental settings,” said Dr. Jawahar Mehta, a cardiologist at the University of Arkansas for Medical Sciences in Little Rock, who didn’t work on the study.
The extracts, which are used in traditional Chinese and Indian medicine, can be bought over-the-counter for about a dollar per day for the dose used in the study.
Researchers can learn something from Eastern cultures that have been using curcumin in cooking “for ages,” according to Mehta.
“But that doesn’t mean that this is a substitute for medication,” he added, noting that drugs like aspirin, statins and beta blockers have been proven to help heart patients and that people in the current study were on those medications as well.
One limitation and concern, Mehta added, is that the study was relatively small. And although curcumins are thought to be safe, there could be side effects at very large doses, he told Reuters Health.
“Taken in moderation or used in cooking, (curcumins) are quite useful,” Mehta concluded, “but I wouldn’t go to a health food store and start taking four grams of curcumin a day, as was done in this study.”
SOURCE: American Journal of Cardiology, online April 3, 2012 reuters.com