Recent research on fruits, vegetables and staple crops such as wheat and corn shows that, over time, our food has gotten less and less nutritious. The vitamin and mineral content in our foods has been steadily declining over several decades. Reach for an apple, a head of broccoli or a handful of raspberries today and you are likely getting far fewer nutrients than if you’d eaten those same foods 50 years ago.
Why is this happening? There are a few key reasons. One is that industrial farmers, in the pursuit of higher and higher yields, have bred crops for that main reason: yield. In doing so, the vegetables and fruits themselves might be larger, but they are also likely to be more watery and less nutrient dense. 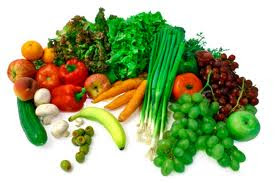 Also, in industrial agriculture, plant roots tend to be much shallower and weaker. This is true because crops are given constant inputs of water and chemical fertilizers at the soil surface. The plant roots don’t need to grow deep in the soil to access water, so they don’t. These smaller (and often diseased) roots then don’t ultimately take up as many nutrients, and the foods they produce are nutritionally inferior.
There are many reasons for growing your own food and seeking out foods grown organically on a small scale and in healthy soil. The nutrient content of the foods is just one more reason to do so, as the fruits and vegetables you’ll find in the typical supermarket produce section were grown in an industrial setting that doesn’t make the nutrition of the foods a priority.
For more information on this issue, see:
Related articles to help you grow and find nutritious foods: