Are you dragging your body around, going between caffeine boost to caffeine boost just to get through your day? If so you may be deficient in vitamin B12. Vitamin B12 is also known as the “energy vitamin” since it is necessary for our energy levels and cellular energy. It also helps to maintain balanced moods, strong memory and healthy nervous system functions. Vitamin B12 along with folate (B9) may also help prevent the human papilloma virus (HPV) from spreading.

According to the Mayo Clinic, a vitamin B12 deficiency is linked with many symptoms including many abnormal mental symptoms, shaky movements and unsteady gait (ataxia), muscle weakness, stiff or rigid muscles, incontinence (lack or loss of bladder control), low blood pressure, vision problems, dementia, psychoses, mood disturbance, and some forms of anemia.

New research published this week in the European Journal of Clinical Nutrition shows that a deficiency in the B vitamin is linked with cognitive disorders in the elderly. The same study found that supplementation with vitamin B12 reduced high levels of homocysteine in 76% of study participants. Homocysteine is type of protein that is produced by the body and found in the blood. It is ideally found in low levels because it damages arteries, the brain, and genetic material (DNA) and can increase the risk for over fifty diseases, according to nutritionist Patrick Holford in his book The New Optimum Nutrition Bible.

The European Journal of Clinical Nutrition study isn’t the only one that shows vitamin B12 significantly reduces homocysteine levels. In a study published in the journal Clinical Therapy researchers found that supplementing with a multivitamin containing vitamins B6, B12, and folic acid for 26 weeks also decreased homocysteine concentrations.

According to US Department of Agriculture (USDA) research, nearly 40% of the North American population may be deficient in Vitamin B12. 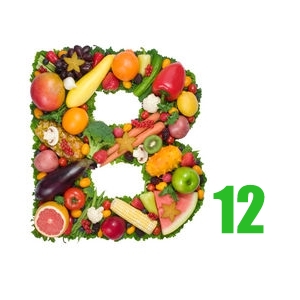 People with an Increased Risk of a Vitamin B12 Deficiency

People who regularly take antacids may be at an increased risk of vitamin B12 deficiency. Many people with certain diseases have also been found to be deficient in vitamin B12. Some of these conditions include: Alzheimer’s disease, breast cancer, heart disease and depression. Additionally, people who take a daily aspirin may be more likely to suffer from a vitamin B12 deficiency, particularly in people with heart disease. The drug can damage the lining of the gut—the primary area of the body where vitamin B12 is synthesized and absorbed. Vegetarians also need to ensure that they make a concerted effort to obtain sufficient levels of vitamin B12.

Dietary Sources of Vitamin B12

Many websites and nutrition sources incorrectly state that vitamin B12 is found primarily in animal protein sources. While it is found in meat, animal protein is not the only source of the essential nutrient. It is created during the sprouting process of many seeds, grains, and beans so sprouts are a good source of the nutrient. Additionally, some bacteria naturally present in certain fermented foods like kefir, sauerkraut, and kimchi, manufacture vitamin B12 in these foods, giving them a unique vitamin boost. You can also get vitamin B12 in nutritional yeast. For more information on the nutritional power of fermented foods and making your own, consult my new book The Probiotic Promise.

Supplementing with Vitamin B12

A commonly-prescribed daily dose for vitamin B12 deficiency is up to 2000 micrograms. Notice that the vitamin is measured in micro-grams, not milligrams, the former of which is a much smaller dose. Cyanocobalamin is considered among nutritionists as the primary form of the vitamin. It is usually taken as drops or sublingual lozenges (under the tongue). Since the B complex vitamins tend to work synergistically, vitamin B12 is best taken as part of or along with a B complex vitamin. Check with your doctor before beginning new supplements.

3 thoughts on “Are You Deficient in the Energy Vitamin?”