(Reuters Health) – Kids who get more exercise also tend to do better in school, suggests a new analysis of past studies published this week.

Playing on sports teams and having more time to run around during recess is known to be good for kids’ physical health, but whether it also gives them a mental boost has been a subject of debate — especially as schools cut physical activity time in favor of more academic test prep.

The finding “just helps to continue to show the importance of exposing kids to physical activity,” said Sandy Slater, who has studied recess and physical education at the University of Illinois at Chicago but wasn’t involved in the new research.

“There’s obviously the long-term links between physical activity and health, but this is another reason to try to continue to keep some dedicated amount of time for physical education or recess or some other types of physical activity in the school day,” she told Reuters Health. 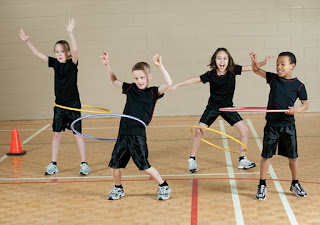 Amika Singh, who worked on the new study, said the findings mean that schools should prioritize both academics and exercise, and that families can have the same attitude at home.

“Maybe it’s an activity break, stand up every half an hour in class and do something,” Singh, from VU University Medical Center in Amsterdam, told Reuters Health.

“It might mean going to school by bike… Any kind of physical activity you can think of. It doesn’t mean only the physical education standard class.”

Singh and her colleagues reviewed 14 studies that compared kids’ physical activity with their grades or scores on math, language and general thinking and memory tests.

Those included two types of reports. In 10 so-called observational studies, researchers asked parents, teachers or students themselves how active they were, then followed them for a few months to a few years to track their academic performance.

In the four other studies, one group of kids was given extra time for PE classes and other health and fitness exercises and their test scores were later compared against a group of kids who didn’t get extra exercise.

Reports that only recorded whether or not kids were on a sports team didn’t find a link between participation and academic success. But when researchers asked students how much time they spent exercising, they found that those with higher rates of physical activity did better in the classroom.

Three of the four studies involving an exercise intervention found that students given more exercise time scored higher on measures of academic performance.

For example, in one report from the United States, second and third graders who got an extra 90 minutes of physical activity per week did better on a test of spelling, reading and math, along with gaining less weight over the next three years.

That could be because kids are better behaved and can concentrate better when they get enough exercise, or because physical activity improves blood flow to the brain and boosts mood, the researchers wrote in the Archives of Pediatrics & Adolescent Medicine.

Recent research has suggested that many U.S. kids are not getting the recommended amount of PE and recess endorsed by the American Heart Association, which includes two and half hours of PE per week and 20 minutes of recess every day (see Reuters Health story of December 5, 2011).

Singh said that while the findings do suggest physical activity and academic success can go hand in hand, they can’t be used to give direct advice to school administrators about how much time to devote to PE, recess and other types of exercise.

Amy Eyler, a physical activity and policy researcher at Washington University in St. Louis, said that type of data is hard to come by, but it’s what missing from convincing school districts to prioritize physical activity.

“That’s what the school administrators and policy makers need to know, how much will make a difference,” Eyler, who wasn’t involved in the new study, told Reuters Health.

In the meantime, she said, parents can value physical education and make their voices heard.

“Everyone wants quality education for their children,” Eyler said. “If this is a way to increase that quality, parents should be concerned and that’s something they should stand up for.”