Jan. 19, 2012 — If you find yourself tossing and turning most nights, unable to fall asleep, you’re in good company.

Insomnia, which is twice as common in women as in men, affects 6% to 10% of adults. It’s the most common sleep disorder, yet often goes undiagnosed and untreated, according to a new report. The consequences can be much more serious than daytime sleepiness. Research has linked insomnia to high blood pressure, congestive heart failure, diabetes, and other ailments. 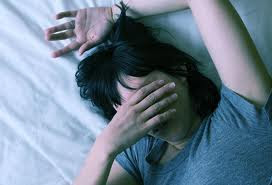 Public awareness of insomnia has grown in recent years, in part because of TV commercials for the prescription drugs Lunesta and Ambien, but rates have been stable over the last couple of decades, says researcher Charles Morin, PhD, a psychology professor at Laval University in Quebec City.

Although there’s no standard definition for insomnia, suggested criteria include taking more than 30 minutes to fall asleep, waking up too early, or sleeping less than 6.5 hours a night, write Morin and co-author Ruth Benca, MD, PhD, a sleep disorders doctor at the University of Wisconsin, Madison. If you meet any of those criteria and feel like you can’t focus during the day because you’re so tired, you might have insomnia, they say. But if you feel fine after sleeping less than 6.5 hours at night, you might just be a short sleeper.

Although some people experience sleepless nights only occasionally, one study that followed people with insomnia over time found that nearly 70% said they were still dealing with it a year later, half up to three years later, according to the new report. The standard medical definition defines chronic insomnia disorder as at least three sleepless nights a week for at least three months.

There’s little evidence that over-the-counter sleep aids such as melatonin can give insomniacs a better night’s sleep, but behavioral therapy and prescription medications are effective, Morin and Benca write.

But people often are reluctant to seek help because they fear becoming physically dependent on the drugs used to treat insomnia, says Morin, who serves on the sleep disorders work group that defines mental conditions for the medical community.

“There are simple things that people can do to get a good night’s sleep,” he says. “Oftentimes, people think that the only thing that’s going to be done for their sleep problems is a drug prescription.”

Behavioral sleep medicine is a fairly new field, Morin says, and, although it is cost-effective in the long run, it is not always a covered benefit.

People with insomnia often have other conditions, such as depression, anxiety, and chronic pain. “We should not treat just the depression” or the anxiety or the chronic pain, Morin says, “and assume the insomnia will go away.”

Morin and Benca published their report in The Lancet.