Jan. 24, 2012 — Lowering your blood pressure may a major factor behind the many health benefits of tea.

A new study shows that people who drank three cups of black tea a day lowered their blood pressure levels by an average of 2 to 3 points. 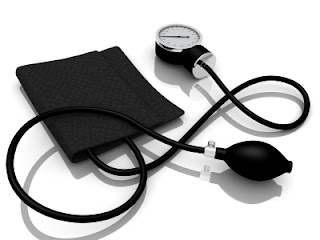 That may not sound like much. But researchers say even small reductions in blood pressure levels, like those found in this study, can have a major impact on the prevalence of high blood pressure (hypertension) and risk of heart disease.

“At a population level, the observed differences in BP [blood pressure] would be associated with a 10% reduction in the prevalence of hypertension and a 7% to 10% reduction in the risk of [heart disease and stroke],” write researcher Jonathan M. Hodgson, PhD, of the School of Medicine and Pharmacology at the University of Western Australia in Perth, Australia, and colleagues in the Archives of Internal Medicine.

Researchers say it’s the first time that long-term use of black tea has been shown to lower blood pressure in people with normal to high-normal blood pressure.

The Perks of Drinking Black Tea?

In the study, researchers looked at the effect of black tea on blood pressure levels among 95 men and women who were regular tea drinkers. Their average systolic blood pressure (the top number in a blood pressure reading) was between 115 and 150 at the start of the study.

Half of the participants drank three cups of black tea per day for six months, and the other half drank a placebo drink with a similar flavor and caffeine content. Both groups were similar in terms of gender, age, and weight status.

Researchers say there are a number of potential explanations for this health benefit.

Recent studies have shown that drinking black tea can improve the function of the endothelial cells, which line the interior of blood vessels. Endothelial dysfunction is an early indicator of blood pressure changes.

Other research has suggested that the flavonoids found in tea can improve the blood vessel’s tone and reduce body weight and abdominal fat.