Green tea contains certain antioxidant chemicals — particularly a compound known as EGCG — that may help ward off the body-cell damage that can lead to disease. And researchers have been studying green tea’s effects on everything from cholesterol to the risk of certain cancers — with mixed results so far. 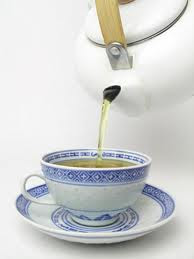 For the new study, Japanese researchers looked at a different question: Do green-tea drinkers have any lower risk of frailty and disability as they grow old?

Following nearly 14,000 adults age 65 and older, they found that people who drank the most green tea were the least likely to develop “functional disability” over the next three years.

Functional disability refers to problems with daily activities like going to the store or doing housework, or difficulty with more-basic needs like dressing and bathing.

In this study, almost 13 percent of adults who drank less than a cup of green tea per day became functionally disabled. That compared with just over 7 percent of people who drank at least five cups per day.

That alone does not prove that green tea keeps you spry into your golden years.

But the study, reported in the American Journal of Clinical Nutrition, did account for a range of factors that could explain the connection.

They also tended to be more socially active and have more friends and family to rely on. (Studies have found that older adults with more “social support” are less likely to become disabled.)

But even with those factors considered, green tea itself was tied to a lower disability risk, according to the researchers, led by Yasutake Tomata of Tohoku University Graduate School of Medicine.

People who drank at least five cups a day were one-third less likely to develop disabilities than those who had less than a cup a day. And people who averaged three or four cups a day had a 25 percent lower risk.

All of that hints at a real effect of green tea. But ultimately, Tomata’s team writes, definitive proof can come only from clinical trials testing the effects of green tea, or green tea extracts, on disability risk.

If green tea does offer a buffer against disability, it’s not clear how.

But one recent study found that green tea extracts seemed to boost leg muscle strength in older women, notes Tomata’s team, who could not be reached for comment.

In general, green tea is considered safe in moderate amounts. But the tea and its extracts do contain caffeine, which some people may need to avoid.

Green tea also contains small amounts of vitamin K, which means it could interfere with drugs that prevent blood-clotting, like warfarin. Since many elderly people are on multiple medications, it’s wise for them to talk with their doctors before using green tea as a health tonic.