(Reuters) – More people in developed countries are overweight or obese than ever before, dooming them to years of ill health, pushing up healthcare costs and piling more pressure on health systems, a report by the OECD found on Tuesday.

The Paris-based Organisation for Economic Co-operation and Development found obesity rates vary widely from a low of 4 percent inJapan and Korea to 30 percent or more in the United States and Mexico.

But in more than half of the 34 OECD countries, at least one in two people is now overweight or obese, and rates are projected to rise further. In some countries, two out of three people will be obese within 10 years, the report said. 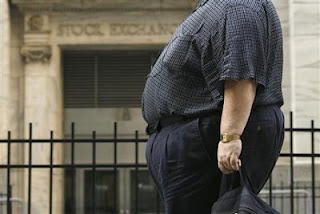 “(These people) will die early, and send healthcare costs ever higher,” the report’s authors wrote.

Experts say severely obese people die on average eight to 10 years sooner than people at normal weight, with every 15 extra kg increasing risk of early death by around 30 percent.

Obesity, defined by the World Health Organisation as a body mass index of more than 30, is estimated to be responsible for between 1 and 3 percent of total health spending in most countries – and for between 5 and 10 percent in the United States – and “costs will rise rapidly in coming years as obesity related diseases set in,” the OECD report said.

Body mass index or BMI is a measurement which compares weight and height. People are defined as overweight if their BMI is greater than 25 kg per meter squared (kg/m2) and obese if it is greater than 30 kg/m2.

A large global study last year found that more than half a billion people, or one in 10 adults worldwide, were obese and that the obesity epidemic was rapidly spilling over from wealthy into poorer nations.

This report, which the OECD said was a 2012 update to its 2010 report on the economics of obesity prevention entitled “Fit Not Fat,” did however find some good news.

New data for 10 of the 34 OECD countries showed that over the past decade, obesity rates slowed or stopped growing in England, Hungary, Italy, Korea and Switzerland, and grew by only 2 to 3 percent in France and Spain. Yet in Canada, Ireland and the United States obesity rates rose by 4 to 5 percent.

Looking at childhood obesity, rates have stabilized England, France, Korea and the United States and the OECD said this was partly due to governments stepping up efforts to tackle the root causes of obesity.

It noted that some governments, including those in Denmark, Finland, France, Hungary, had passed legislation in 2011 imposing higher tax rates on high-fat or high-sugar foods.