By Maia Szalavitz April 11, 2012
When is a label a badge of honor, and when is it a harmful stigma of sickness or deviance? This question is of critical importance to public health and has been a theme running through this week’s TEDMED conference in Washington, D.C., which is focused on “ideas worth spreading” to improve health care.
In a reprise of a talk originally given in March at the TED conference — the parent conference to TEDMED — attorney Bryan Stevenson discussed how his beloved grandmother used a sense of identity to motivate him to do good, telling him he was “special” and meant for great things. Stevenson said he had to promise her to “always do the right thing, even when it’s the hard thing” and, also, never to drink alcohol (she told all her grandchildren the same thing, it turned out). At 52, Stevenson still hasn’t tried alcohol and, as an attorney, has had the honor of arguing cases so frequently before the Supreme Court that at his most recent appearance, one justice asked, “You again?”
In his TED talk, Stevenson said that his self-identity as a person who was meant to do good has also kept him going, even when his work fighting for death-row inmates and against mass incarceration has repeatedly left him “tired, tired, tired,” just as civil rights legend Rosa Parks had warned him it would.
But what does any of this have to do with health care? One of the best ways to change health behavior, it turns out, is to change a person’s self-identity. When a smoker begins to view herself as a nonsmoker or a teen sees binge-drinking as something “people like me” don’t do, behavior change is typically more lasting than if the person’s sense of identity is not invoked. 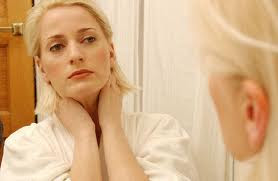 Research on everything from exercise, eating behavior and sexuality to political action and drug use suggests that having one’s identity wrapped up in a particular behavior is a crucial motivating factor to sustaining it. Once you see yourself as a runner, not running becomes far harder to do, for example.
There are also overwhelmingly negative issues associated with identity and labeling, however. The most obvious example would be a person whose identity and sense of self are tied directly to unhealthy behaviors — for example, viewing oneself as a “dope fiend” whose life purpose is to seek heroin or other drugs. If you believed that this identity was immutable or desirable — for example, if you use drugs as a way to rebel against conventional life — the possibility of change may be precluded before it is even truly considered.
A more subtle identity issue was discussed at TEDMED by Ivan Oransky, executive editor of Reuters Health. He focused on “pre-diseases” and the idea that American doctors, pharmaceutical companies and even patient advocates have medicalized everything from pregnancy and childbirth to aging. Examples include prehypertension, a condition of borderline high blood pressure, and pre-atherosclerosis, artery hardening that is measurable but hasn’t started to cause problems. Oransky said that he finds these “pre-conditions preposterous” and noted they result from the agendas of interested parties who benefit from the creation of more disease-like states that they can treat and make money from, and drum up public interest.
If such conditions were perfect predictors of actual health problems, then the question of identifying and labeling them early on would be a no-brainer. However, as we’ve discovered with screening for prostate and breast cancer, there are many early disease states that never actually go on to damage health — people die “with them,” not “of them” — while invasive treatment of the conditions causes harm. Estimating conservatively, about 100,000 people die each year from unnecessary and dangerous medical treatment, Oransky said, meaning that overtreatment is now a leading cause of death.
A “side effect” of such overmedicalization: the patient’s identity as a sick person. Once people see themselves as sick, they often limit themselves based on their view of what illness means.
In some cases, though, a “sick” identity can be liberating. For example, if a child learns that she has Asperger’s, which helps explains why social interaction is so difficult for her, she might stop blaming herself for being “weird” or “antisocial” and discover a whole community of similar folks. Similarly, people who suffer from depression, who find out that their miserable sense that everyone hates them or that nothing is any good is a treatable chemical state, can be empowered to seek positive change.
Whether a sick identity is a motivating power for change or a limiting stigma often depends on individual perception. Some people would rather be “sick” than “bad,” for example, and having a disease that explains otherwise undesirable behavior without placing blame will often allow the person to absolve his “weakness” and ask for help. In contrast, others view the idea of sickness as a cop out that denies a person agency and, therefore, dignity.
It’s a multifaceted question that will invariably have different answers depending on the conditions and the individual people. Figuring out how to use the power of identity for good within health-care system will continue to be a difficult but worthwhile challenge.
Maia Szalavitz is a health writer for TIME.com.
source: healthland.time.com