If you find losing weight to be difficult, you’re not alone. But your leptin receptors might be.

Leptin is an important hormone, secreted by fat cells, that helps control your appetite and your metabolism.

If everything is working normally, it works like this:

So losing weight should be easy, right? Because if you have excess weight, the leptin should be telling your brain to stop eating and to speed up your metabolism.

But it appears that many people carrying excess fat have developed something called leptin resistance. Meaning, all those fat cells may be sending out lots of leptin, but your brain isn’t getting the message.

However, it’s important to realize that our understanding of leptin is still limited.

Leptin is a relatively new discovery (it was named in 1994). So while there have been a number studies done (most on rats and mice), we’re still figuring this hormone out.

For instance, in one study, rats fed a 60% fructose diet for six months became leptin resistant. This means that giving them extra leptin did not slow down their eating habits.  But, in another study, a slightly more moderate consumption of fructose or glucose appeared to be protective against leptin resistance in rats also fed a high-fat diet (30% fat).

So while there are definitely some actions you can take to help reduce leptin resistance, it’s important to realize that a lot of the ideas out there are little more than best guesses. They may be very good guesses, but I wouldn’t base your whole eating plan on them.

So what should you do?

Firstly, don’t lose hope. Leptin resistance does show signs of being reversible. And, while the research is still not complete, there are several sensible things you can do that should help. 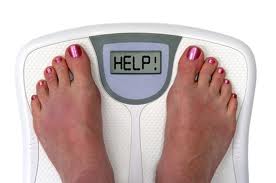 Avoid overeating, but don’t go on a calorie-restrictive diet.

While overeating can temporarily boost leptin production, if it goes on for too long, it can lead to leptin resistance.

At the same time, suddenly restricting caloric intake can reduce leptin production. So going on calorie reduction diets can actually reduce your circulating leptin, telling your brain to slow down your metabolism and increase your hunger, even if you aren’t leptin resistant.

Consider reducing your fructose intake for a start. Really.

Although there are some conflicting studies, it does seem that high-fructose diets can cause leptin resistance. This makes sense because fructose is broken down in the liver, and one of the results is triglyceride — an unpleasant fat that blocks leptin from reaching the brain in the first place!

It may be that eating cereal grains such as wheat, barley and rye contributes to leptin resistance. Dr. Tommy Jönsson and others have suggested that the lectin (a kind of protein) found in cereals could bind to the leptin receptor, thus creating leptin resistance.

Sleep deficiency causes a reduction in circulating leptin, and an increase in another hormone involved in appetite control: ghrelin. Except that ghrelin one causes hunger. So not getting enough sleep is a double whammy! If you get less than the recommended seven-and-a-half to eight hours, why not commit to going to bed 20 or 30 minutes earlier?

Leaving aside the fact that sugar and wheat might be considered toxins in themselves, reducing your overall toxic load can only be a good thing. Toxins can affect many of the weight-control hormones, including leptin, and in levels far below those considered acceptable by the Environmental Protection Agency, according to Dr. Mark Hyman, among others. So choose an area to start reducing your toxins. Stop storing your food in plastic, stop using chemical cleaners, and get the toxins out of your cosmetics. Check out the skin deep database for information about specific ingredients to avoid.

Eat less grains and fructose, get more sleep, and reduce your toxin exposure. It’s all good advice, regardless of your leptin levels. Leave a comment and tell me: which will you do today?