Scientists look at a lot of data — including the famous Stanford analysis — and find an excellent reason to enjoy organic produce.

A Stanford study released in 2012 made headlines when it was announced that there wasn’t necessarily a nutritional advantage to eating organic produce over conventional produce. Many people felt that the uproar that followed in response to the study – with people saying that organic food was a “scam” or useless – was misguided. You can read my thoughts about other good reasons to choose organic here, and Starre’s similar opinions here from that time.

Now, a new study shows that organic produce just may have an across-the-board better nutritional value after all. This new analysis looked at more than just the Stanford study. The researchers found that while it was true that certain vitamins and minerals were the same in conventional and organic produce (such as vitamin C and E) that there was a significant difference in antioxidant levels. 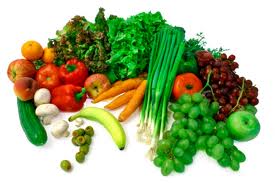 Organic produce has between 20 and 40 percent more antioxidants than conventional produce. A co-author of the study, Charles Benbrook, notes that this is significant because one of the reasons we are encouraged to eat produce is for this antioxidant benefit. While research is still ongoing, antioxidants have been under scrutiny for a long time because of their anti-cancer and anti-aging effects.

But why is there any difference in antioxidant levels? Conventional produce is more likely to be highly fertilized, which can lead to faster-growing plants, which means bigger produce and more diluted antioxidants. Plants that are not protected by pesticides have to work harder at producing deterrents to insects, which translates into more antioxidants.

However, it should be noted that there is a wide range of practices in conventional and organic farming. Some organic farmers use a lot of organic fertilizer and organic pesticides too. Regardless, this study is intriguing and encouraging. While there are other reasons to choose organic other than simple vitamin and antioxidant levels, I’m thrilled when I get more bang for my buck with each bite I take, so I’ll gladly take that 20 to 40 percent more antioxidant increase any day.